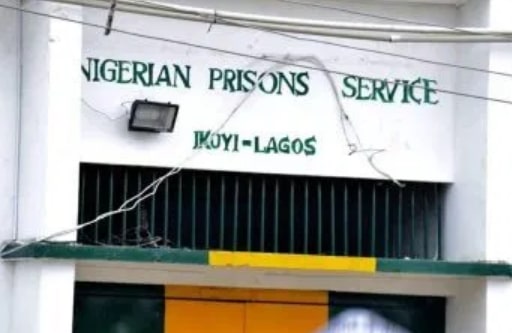 Interior Minister Rauf Aregbesola yesterday confirmed the deaths of five inmates and injuries to seven others at the Ikoyi Custodial Centre of the Nigerian Correctional Service.

The inmates were electrocuted in their cells following a power surge at about 7am.

Aregbesola, who visited the facility for assessment, declined to name the victims’, saying their families had yet to be notified.

The minister said he would probe the incident and that a coroner’s report would confirm the exact cause of death.

He commiserated with the families and pledged to work towards averting a similar incident.

“The government of the federation deeply regrets the unfortunate incident. It happened this morning at about 7am.

“I have gone round to see the cell where this incident occurred and I want to express to Nigerians the deep sympathy of the Federal Government and all of us about the circumstances of the accident that led to some loss of lives in one of the cells.

“I’m going to put together a team that will go into the root of how the accident occurred with a view to ensuring that no such thing happens again.

“This is quite sad distressing and disturbing we pray for the repose of the soul of the deceased are equally pray that God will give the families that are bereaved the fortitude to bear the loss.

The victims’ identities could be publicised after their families were notified, he said.

“We have not yet formed but not yet informed the families of the deceased but that will be done, before we make it public.

“The law recommends in this instance a coroner’s inquest which will reveal what the exact cause of the deaths were, but beyond that, we will look into everything about it, the circumstances, the how, why, and generally cause of this.”

He said President Muhammadu Buhari was” quite disturbed” about the incident and that “it is highly regretted”.

He said the facility was overcrowded but that he could not speculate as to whether overcrowding caused the accident.

“Our primary responsibility as a service is safe, secure, humane custody. That’s what we have been doing over the years, but incidents do happen, even in our homes.

“There was actually an electricity surge, the cause of which we don’t know yet, because we still have to investigate. Investigation will reveal the when, how and why it happened.

“As I speak to you we have five inmates dead and seven are at the hospital. I gave you this number because I want to avoid speculation. Everybody knows that there is overcrowding in this facility….This facility was established in 1955 for just 800 inmates but it is locking 3113 and out of this number 2680 are awaiting trial so it’s just barely about 400 plus that are convicted felons.

“It’s an unfortunate incident. We do not want to lose any life, we want to return life even for those who are condemned.”