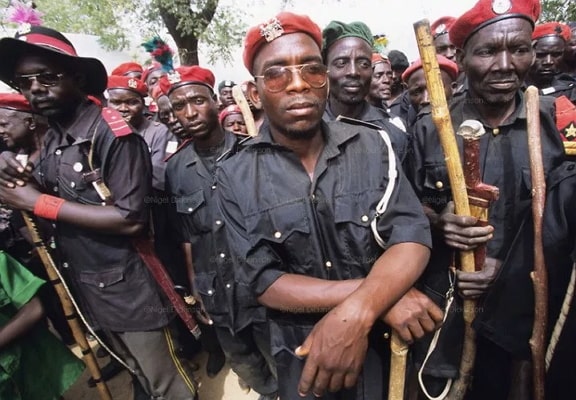 The Ogun State Chapter of Professional Hunters Association of Nigeria yesterday volunteered to supper the FG in the fight against Bok oharam.

The Chairman of the body, Yusul Alao while receiving a confirmation certificate as the new National Adviser of the association said his members were capable of fighting terrorism anywhere in the country.

“The Federal Government ought to be paying us salaries so as to encourage us to fight the menace of terrorism in the country.

“The payment of salaries to hunters is our right, because we are working tirelessly for the Federal Government not only in the fight against terrorism, but, protecting lives and property.”

“We hunters are capable of fighting terrorists. We have traditional powers, which make us different from others in curbing terrorism in Nigeria.

“The policemen and the soldiers do not have what we have, and that is why some of them lose their lives in the process of fighting the terrorists.

“The Federal Government should also consider us because we are doing a great job for them, we are not relenting. Most of the time we are always in the bush working diligently for the government.”

Toyin Aimakhu & Niyi Johnson Divorce Cancelled! Actress Files New Case In Ibadan After Failing To Show Up In Sagamu Court
Yellow Fever Outbreak Kills 9 In Edo As Disease Spreads To 10 Out Of 18 LGAs