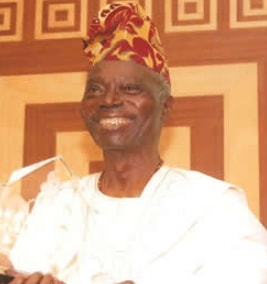 The Ijebu-born prof reportedly gave up the ghost yesterday in Lagos at the age of 88.

The pioneer Chairman of NYSC  was the founding Executive Director of the African Centre for Development and Strategic Studies (ACDESS) in 1991.  Adebayo was also the Executive Secretary to the United Nations Economic Commission for Africa from 1975 to 1978 and UN Under-Secretary-General from 1978 until 1991.

He graduated from both London (B.Sc and PhD in Economics) and Harvard Universities (M.P.A) and at the age of 36 years, he had become a full-fledged Professor at the University of Ife, now Obafemi Awolowo University (OAU).

Late Adedeji was drafted into the Government of the Federal Republic of Nigeria of General Yakubu Gowon as the Cabinet Minister responsible for the economic development and reconstruction of post-civil war Nigeria in 1971.

Continue Reading
You may also like...
Related Topics:adebayo adedeji, dead