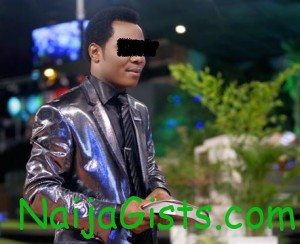 May 21, 2012 – Prophet Causes Panic After Raising Man From The Dead

A 40 year old, self-acclaimed prophet, herbalist named Lovemore Chimbwenya has caused panic in Bulawayo (second largest city in Zimbabwe) after reportedly raising a raising a man from the dead.

“We used to hear that Chimbwenya was doing miracles at his home but never took the rumors seriously until reports started filtering through that he had raised a man from the dead,” said a neighbour identified as Mthabisi.

The young healer CONFIRMED having performed the miracle. However, this was after much persuasion as Chimbwenya had earlier on refused the news crew permission to interview him.

“Yes I did that, the man I raised had his soul temporarily seized by witches who wanted to turn him into a zombie. It’s only that I don’t want to boast about the things I do,” said Chimbwenya.

The healer said he does not like publicity. “It’s not good to be always in the papers. I have been helping a lot of people for a while now. I got a calling when I was 16 years old, and since then I have made the handicapped walk and the sick well.

Another resident said Chimbwenya had healed her handicapped brother.

“My brother was not able to walk and we took him to Chimbwenya. We can not explain what happened only the healer knows. Everyone in the suburb knew the man and last week people were surprised to see him walking on the streets,” said the man’s sister.

Chimbwenya does not charge for his service. He confirmed this by saying: “It is a gift from God so why should I charge people?”

Continue Reading
You may also like...
Related Topics:Bulawayo, Lovemore Chimbwenya, raised man from the dead, zimbabwe