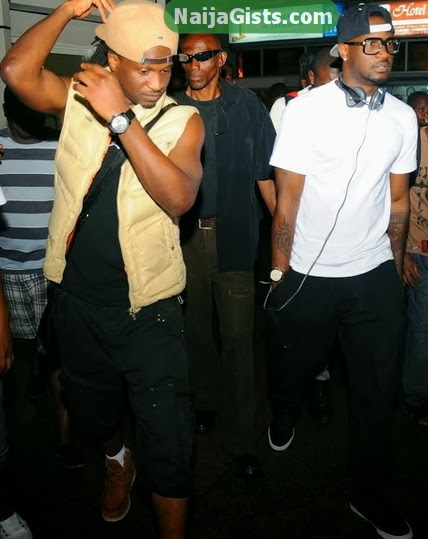 Psquare musical twins staged one of the worst performance of their life at the Glo/CAF awards event that held in Lagos on Thursday January 9, 2014.

According to sources, the popular singers sang like a bunch of confused youngsters yesterday.

Their awful performance still left many fans in shock.

Psquare who acknowledged the bad performance has apologized to fans. They said it was the fault of the sound engineer.

“Yes Heard thes ound was bad from the broadcast. Sorry not our fault. Show must go on. Peace!” – said Peter Okoye on behalf of Psquare 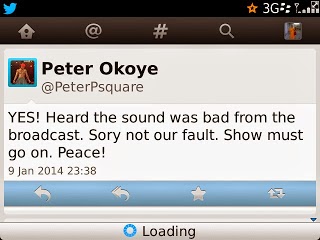