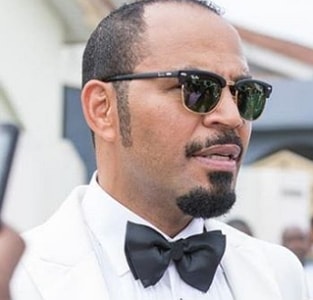 Ramsey Tokunbo Nouah popularly known as “lover-boi” is an uncanny award winning actor from Edo State Nigeria. He was born into a family of 3 on the 19th of December 1970, his mother was from Ondo in the South western part of Nigeria and his father was a man of Israeli descent.

One could say he got his good looks from his mixed race parents and that is true. Growing to become famous in the movie industry over the years Ramsey Nouah was known for his astonishing romance and playboy roles he played in movies, this earned him the nickname “Lover-boi” which he built his career on.

A few years into his career, Ramsey Nouah had attained the feat of being one of Nollywood most sought after actors and was a character every eye looked for on their TV screens. His playboy characters got him an enviable large female fan base not only in Nigeria but also on the international scene.

Ramsey Nouah is definitely a savvy actor that has managed to put all his qualities to good use, thus using it to build his name as one of Nigeria’s biggest stars.
Growing up in the streets of Lagos Ramsey Nouah always had a passion to make his mark on the entertainment scene. He attended Atara primary school to get his basic primary education and later proceeded to Community Grammar School in Surulere Lagos for his secondary education.
During his secondary school days, his passion for acting fired up with him joining various drama clubs in the school.

He subsequently went on to study Mass Communications at the reputable University of Lagos, he got his diploma in the school. Ramsey Nouah is one hardworking fellow, even though his professional career was yet to begin he made sure he was involved in a lot of acting events to build on his talent. By the time he was done with his university education Ramsey Nouah had already acquired a lot of skill and knowledge and had already set himself up for success in the Nigerian movie industry .

Just a while after his graduation, Ramsey Nouah had already started going for auditions, accompanied with his charming good looks and superior acting skills it didn’t take long for him to get his big break. He started his first professional acting career in the Popular “Fortunes” TV soap opera in the 90’s with other stars such as Liz Benson and Regina Askia. He took on the role of one the major characters as a member of the wealthy and glamorous Johnson family.

Ramsey Nouah played his role magnificently and was applauded by the public for his skills, this led to a kick-start of his career at full pace and it has been nothing but success for him over the years.

Some of the award winning films he featured in are “Silent Night” featuring Joke Silva and Kate Henshaw,”Power of Love” featuring Genevieve Nnaji, the recent box-office record breaking”30 days in Atlanta and a host of others. He is the recipient of a lot of awards having received honours both on the local and international stage, the most prominent of these being “The Best Actor in a Leading Role” at the African Movie Academy Award in 2010 for his oustanding act in the multiple award winning movie “Figurine”.

Without doubt Ramsey Nouah is one of the most good looking men in the movie industry, his charm and wit has gotten him into relationships with some of the biggest female stars in Nigeria and even Ghana.
Some of the stars Ramsey Nouah has had a fling with include Genevieve Nnaji, Nadia Buhari of Ghana and also Tinsel star Olajoju Muse.
Olajoju Muse was one of his fanatics, she confessed her uncontrollable feelings for him on air and admitted she was willing to do anything just to have a good time with him.
Although there was significant evidence that he was in a relationship with some of these celebrities he denied most of them, leaving the news to remain just as speculations.

He decided to get settled down and got married to his beautiful wife Emelia Phillips Nouah in 2002 after a successful career as an actor. The couple have three children, 2 boys named Camil and Quincy and also a daughter named Desiree.
Over the years the popular actor has always hailed his wife for her understanding and calmness on a lot of issues, because due to the nature of his career he is always absent at home. Ramsey Nouah once referred to his wife as a “Double Woman” in an interview for her relentless work in keeping his home together despite all the troubles associated with being the wife of a famous star.
Ramsey Nouah keeps his family away from the public view because he has strong convictions for keeping his personal life private at all times.

There is a popular adage that says “with great power comes great responsibility”, this has been the case for Ramsey Nouah over the years. Due to his status as one of Nigeria’s most sought after actors in Nigeria he has been involved in a lot of controversies that have rocked his personal life and career to its foundation.
Some of the most recent issues in which Ramsey Nouah has been involved in include his impersonation in Nigeria while he was in Dubai, some movie clips edited to spoil his reputation and many others.
Those are the challenges that come with being a star and Ramsey Nouah has managed to stand tall despite these troubles.
Ramsey Nouah has decided to step down from the entertainment scene to allow a new generation of Nigerian superstars to rise up. Although he doesn’t get as much screen time as before he still makes his presence known through his outstanding roles in block buster movies such as AY Makun’s 30 days in Atlanta and the recent film “Yoruba Demons”.

He is is one actor that deserves more accolades for his immense contribution to the Nollywood movie industry.

His estimated net worth is $4.5million.

Continue Reading
You may also like...
Related Topics:biography, net worth, ramsey nouah