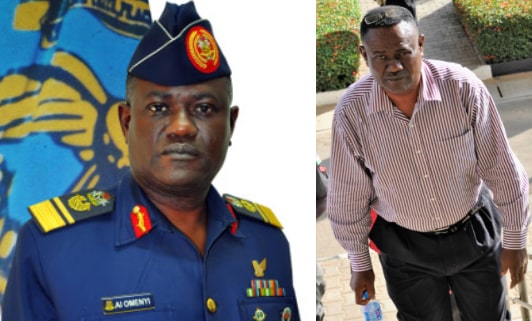 A Federal High Court in Abuja has sentenced a retired senior official of the Nigerian Air Force, Air Vice Marshall Tony Omenyi (retd) to 21 years cumulative term of imprisonment after being convicted on a three-count charge of fraud.

Omenyi was the Managing Director of Aeronautical Engineering and Technical Services Limited, a subsidiary company of Nigerian Air Force, when he was said to have committed the offence.

Justice Nnamdi Dimgba, in a judgment on Thursday, sentenced Omenyi to seven years per count and directed that the term of imprisonment shall run concurrently.

The EFCC had in 2016 charged Omenyi and his company, Huzee Nigeria Limited with three counts of money laundering, upon a report by the panel set up by the Federal Government to investigate the use of the funds allocated for the purchase of arms under previous administrations,

The prosecution said Omenyi, between January and November 2014, received various sums of money estimated at about N136,323, 000 through his company, Huzee Nigeria Limited from Sky Experts Nigeria Limited, a contractor with NAF.

M.S Abubakar, who led the prosecution team alleged that Omenyi, a sole signatory to the bank account of Huzee Nigeria Limited, received various sums of fund from the contractor when he and the company reasonably ought to know that the various sums of money formed part of the proceed of corruption.

By their conduct, the defendants were said to have violated section 15(2)(d) of the Money Laundering (Prohibition) Act 2011 and punishable under section 15(3) and (4) of the same Act, which provided a minimum of seven years and maximum of 14 years imprisonment for the offence. 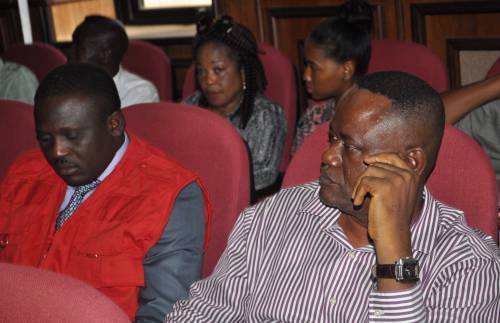 Omenyi was arraigned, with his company, Huzee Nigeria Limited, on November 11, 2016 by the Economic and Financial Crimes Commission (EFCC).

The defendants, who was represented by Gordy Uche (SAN), denied the charges and pleaded not guilty to the charges, following which a trail was conducted, during which the prosecution called five witnesses and tendered about 20 documents, which were admitted in evidence, and closed its case on April 17, 2018.

The defendant also conducted their case at the closure of the prosecution’s case.

In his judgment on Thursday, Justice Dimgba analysed the evidence led by both parties and found that of the prosecution credible.

The judge said: “Having fully reflected on the above defence as well as evaluated the evidence before me, as a matter of fact, I agree with the prosecution that the defence is a sham.

“One indisputable thing is that, by the state of the law, and the entire circumstances of the case, the money received by the defendant as played out in count one, two and three, by themselves, raised criminal abilities against the defendants.

Read Also: APC legal team to Atiku: we’re prepared for you
“I do not believe that the explanations given by the defence to the charges are credible

“A public official with any role to play in any contract awarded by a government agency to a contractor should at all times operate at an arms-length with the said contractor.

“The first defendant (Omenyi) has not operated by this standard.”

“In the final analysis, the funds received by the defendants, as contained in counts one to three, are kickbacks in the contracts awarded by the Nigerian Airforce.

“Any way it is looked at, either as a direct bribe or kickbacks, or as a share of revenue or profits with a business partner, so long as the source of the funds is from the Nigerian Airforce and linked to the execution of contracts of Nigerian Airforce, I am of the view that the monies as contained in count one to three are rooted in corruption.”

The judge proceeded to convict the defendants on all the counts and sentenced the first defendant to seven year-per-count.

Justice Dimgba equally ordered Huzee Nigeria Limited, “being a corporate entity” to forfeit the sum of N60 million in the custody of the EFCC to the Federal Government.

He added: “I further order that the second defendant be compulsory wound up by the Federal Government.”