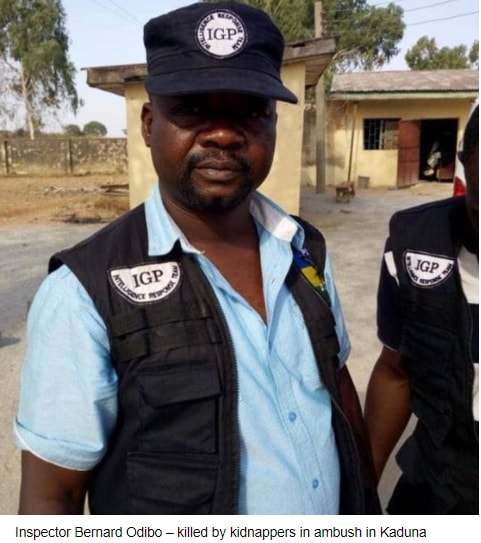 Some suspected robbers have been arrested in connection with the killing of two Mobile policemen in Rivers state yesterday.

The two police sergeants were on escort duty of a vehicle suspected to be conveying undisclosed amount of cash when the assailants struck, killing them on the spot.

Two civilian drivers were also killed in the incident where the robbers made away with the cash and rifles.

The incident occurred at Ojoto area of mile one, in Diobu Port Harcourt City Local Government Area (PHLGA), of the state on Monday morning.

The police in the state said nine suspects have been arrested in connection with the attack less than 24 hour after the attack.

The statement by the spokesman of the command, Nnamdi Omoni, a Deputy Superintendent of Police (DSP), said the suspects are disclosing useful information to the Police that will lead to the arrest of the rest of the culprits.

“The Rivers state Police Command in less than 24 hours after the tragic killing of two Mobile Policemen at Ojoto Street in Mile 1 Diobu, PH, arrested nine (9) Suspects, who are currently being investigated in connection with the dastardly act.

“Their arrest was made possible barely 12 hours after the Commissioner of Police, CP Usman A.Belel, issued a marching order to all the Commanders of the Tactical Units to arrest with immediate effect the perpetrators of the heinous crime.

“The suspects arrested are currently being interrogated and will be made to bear the full weight of law, if found complicit.”

He further appealed to the public for valuable information that will help the police return peace across the state.