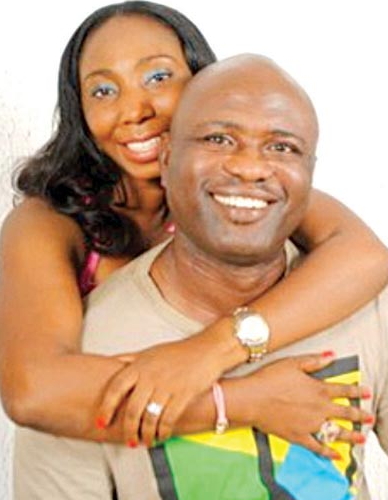 The Apapa factory worker was presented before Chief Magistrate Adelaja over the murder of his beautiful wife Ronke Shonde nee Bewaji. 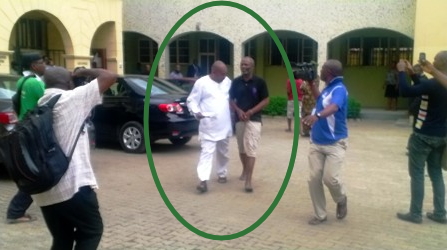 The Judge accused him of beating his wife to death at their home in Egbeda Lagos on Thursday the 5th of May 2016.

Around 11:35 AM today, Lekan Shonde was charged for the murder of his wife.

Justice Adelaja said Olalekan Shonde gave 37-year-old Ronke a deadly blow on the head around 8:30pm at their home while their children watched in horror. She reportedly died of force blunt trauma to the head.

The charge read to him today reads:

“That you Shonde Olalekan, on May 5, 2016, at about 2030 hours at No. 3, Tiemo Street, Egbeda, in the Lagos Magisterial District, did kill one Ronke Shonde, ‘F’ age 37, by giving her fist blow on her head, and thereby committed an offence punishable under Section 221 of the Criminal Law of Lagos State, 2011.”

Lekan Shonde who entered the court in a cream combat shorts was taken away in handcuffs.