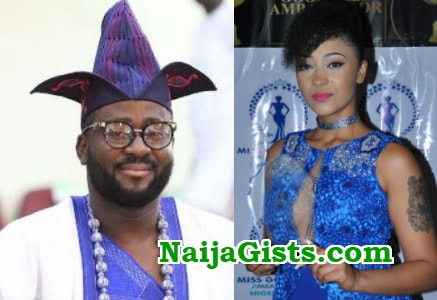 My Life In A Nutshell – By Nollywood actress Rosy Meurer

I am from a ‘well-appointed’ background where I got all I wanted while growing up because my parents were always there for me. My parents laid a good foundation for me. I went to the best school in The Gambia and I had good moral training which prepared me for the future and challenges ahead. As a kid, I loved aircraft and flying. That propelled me to seek to be an air hostess or a pilot. I have always loved travelling and meeting new people. Today, I am neither an air hostess nor a pilot but an actress.

I was in The Gambia when some Nollywood actors came to shoot a movie, and one of the producers came to my mum’s restaurant to eat. When he saw me, he said he liked my looks and invited me to be part of the movie shoot. I was not interested initially but after a few people convinced me, I decided to give it a try. That’s how I got on set and met Desmond Elliot. He advised me to try acting in Nigeria. When he got back to Nigeria, he called me and said Emem Isong had a role for me in her movie. I travelled to Lagos and I starred in my first Nollywood movie titled, Spell Bound, alongside Desmond Elliot, Ini Edo, Uche Jumbo, Joseph Benjamin and other big actors.

Initially, my mum was sceptical about me acting because I got the invite while I was at her restaurant. Along the line, she supported me.

Other movies I have acted in are The Get Away, Incredible Father, Yoruba Demon, Table of Men, Our Dirty Little Secret, Karma, Phillip and Pollycarp, Pebbles of Love, My Sister and I, Open Marriage, Accidental Affair, Red Card, among others. Meanwhile, I produced my first movie in 2017 and it is titled, Therapist Therapy.

God is my biggest motivation. He has been the one who decides for me to take the right path. Sometimes, I quote the book of Psalms in the Bible where it says, “I look up to the mountain where cometh my help, my help comes from the Lord who made heaven and earth.”

Sometimes, it could be challenging trying to adjust totally to a role you have never lived. However, as an actress, you have to live up to expectations. The pressure to be at different locations for different scripts is also a challenge and some directors insist that it’s only you that can reflect the character they desire in a role.

I regard Spell Bound by Emem Isong as my breakthrough movie. However, the highlight of my career is being called up to feature in the movie, Yoruba Demon, produced by Ay, the comedian.

The stones that were thrown at me with intentions to bring me down last year when I was used to cover up a marriage crisis turned around to be in my favour with God on my side. I got more jobs and more money. At first, I was bothered; then I realised that so many other innocent people were used and lied on as well in the same situation. Out of respect for the head of the family and because I and my family have come a long way with him even before I relocated to Nigeria, I decided to let go. I don’t have any relationship with Tonto Dikeh; I only know her to be Mr. Churchill’s ex-wife.

I am also involved in modeling and real estate. I also do some charity works with Big Church Foundation. If I wasn’t an actress, I would have become a pilot or air hostess.

The only thing I can say that fame has robbed me of is my freedom. However, as an actress, I love the fact that I get to teach people, through movies, the way of life. Lessons of human existence also help me adjust to different personalities.

My major influencer is Mr. Olakunle Churchill, the Chairman of Big Church Group. He has been instrumental to how far I have come in my career. My mother is also my role model because I celebrate her personality and I admire her strength and courage as a woman. Contrary to what was reported, I was never a personal assistant to anyone or organisation. I was only unveiled as an ambassador of Big Church Foundation’s Mother and Child Project.