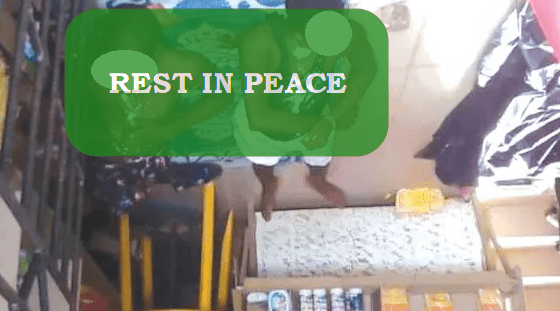 They were said to have inhaled fumes from a generator inside the poorly ventilated shop where they slept.

It was gathered that their master bought the generator on Monday to power the shop and his studio apartment.

Sources said the deceased simply identified as Michael, 21, and Paul, 19, had blood stains in their eyes and mouths.

The shop, it was learnt, was forced open when the boys did not wake up in time.

“That generator has just been bought. It was the first time they used it and it killed those boys. It is sad that they slept inside the shop with a generator on.

“Even the place isn’t a proper shop. It is like a corridor that was converted to a shop. There is no window and the two doors are locked.

“Their boss lives in a self-contained apartment in the same house and the generator powers his apartment too. I don’t know whether they were afraid that thieves would steal the generator should they keep it outside,” said a resident.

Asked why it took them hours before they contacted emergency responders, the resident said they were initially afraid and confused.

Officials of Lagos State Emergency Management Agency (LASEMA) and the police were contacted around 4pm and they got there within 10 minutes to evacuate the bodies.