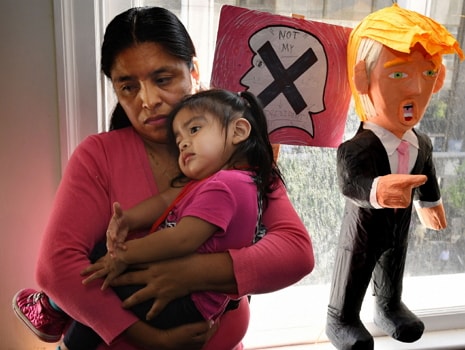 A US federal judge has ordered a deported mother and daughter to be brought back into the Unites State after learning they had been deported mid-appeal.

The two were being represented in a lawsuit by the American Civil Liberties Union (ACLU), who said they had fled “extreme sexual and gang violence,” the BBC reports.

The judge said it was unacceptable they had been removed during their appeal.

He reportedly also said Attorney General Jeff Sessions could be held in contempt of court for the deportation.

The mother and daughter were part of a case filed by the ACLU and the Centre for Gender and Refugee Studies on behalf of 12 mothers and children who said they had fled violence but were at risk of deportation.

The government had pledged not to deport anyone in the case before Friday at the earliest, the ACLU said.

But the ACLU said they learnt during Thursday’s emergency hearing that the mother and daughter had already been put on a flight back to El Salvador by U.S authorities.

Washington DC District Court Judge, Emmet Sullivan, said it was unacceptable that people claiming asylum had been removed while lawyers argued their case.