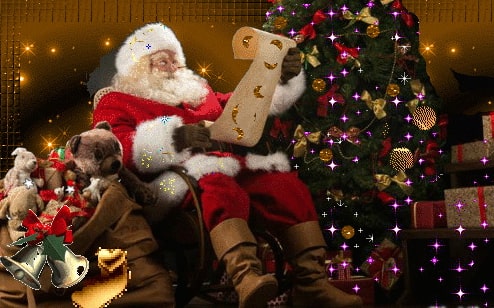 In the past, I used to ask myself, “What has Nigeria done for me?”

But these days, there is usually guilt when that thought intrudes. There is now the thought of, “What have I done for Nigeria?”

The bigger problem is that there are many of us citizens who are more interested, like me, in taking from the country than in giving to it, and who are imbued with ethnic and sectional passion. But I hope Santa Claus helps deliver this memo to many Nigerians like me.

What can the government do in this case? It is up to citizens to build that country they desire. And it starts by ending stereotypes, needless conspiracy theories and imaginary plots. It also starts by giving – thoughts, time, and energy – to Nigeria.

In the old world, kings often give their daughters in marriage to other kingdoms to hold the peace and to solidify international relationships.

This may appear simplistic; but I do not think anyone will want to take up arms against his in-laws.

I will be better for Nigeria.

Continue Reading
You may also like...
Related Topics:delivers, message, santa