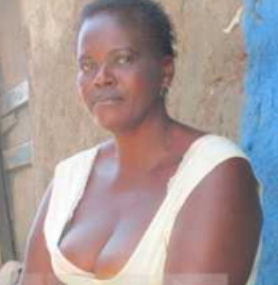 Nairobi Kenya’s Oldest Prostitute Rejects Marriage Proposals From Men Who Enjoyed Delightful Sex, Says She Is Not Looking For Husband

The oldest prostitute in Nairobi Kenya, Sarah Mutero has quit.

The 49-year-old single mother of two announced her decision to quit the trade during a visit by HIV/AIDs awareness expert Stanley Ngara aka King Of Condoms. 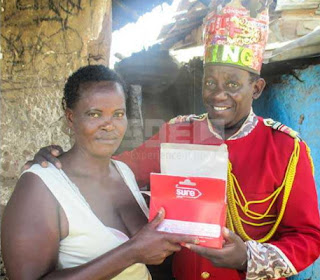 For dumping prostitution, Sarah got a parcel of land and a pool of funds from well wishers. 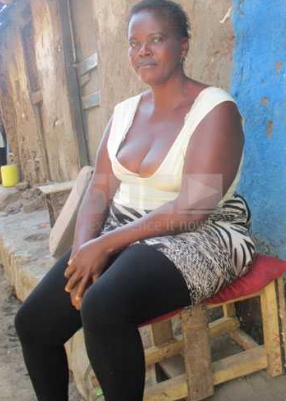 Sarah who started the trade at the age of 17 when a man impregnated her and abandoned her operates from her house in Embu town near Nairobi and in Majengo .

In her 23 years of prostitution, she claimed to have slept with over 28,000 men.

She reportedly quit the trade to set an example for other prostitutes to follow.

Here is what Sarah told The Nairobian Newspaper 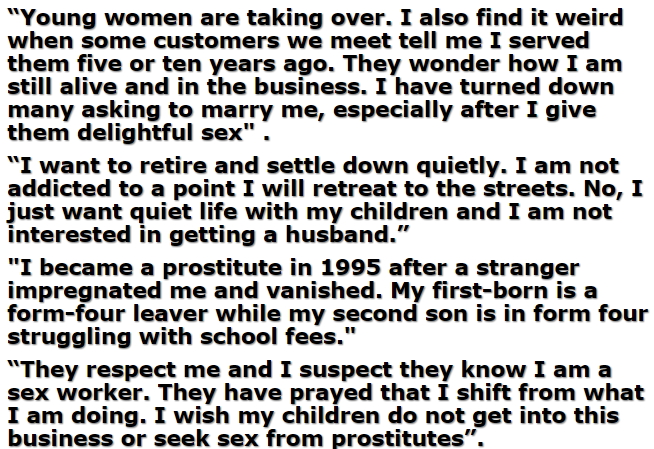