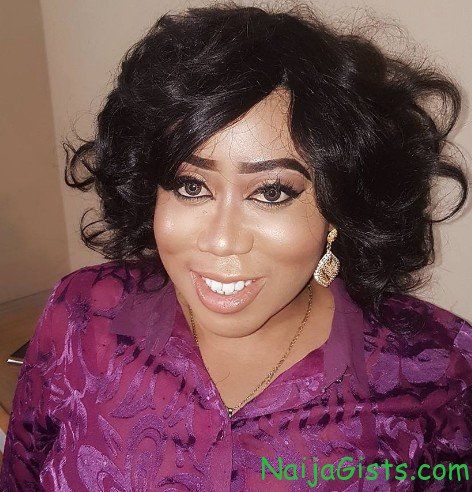 Fast rising Nollywood actress Moyo Lawal has informed fans that she worked hard to become the brand she is today.

It is yet to be confirmed who the actress is actually throwing shades at, but in a now deleted Instagram post, the actress called out those tagging her colleagues as prostitutes.

Here are some issues she addressed before removing the posts:

“Someone that is sleeping with different people for jobs or positions, having different boyfriends or girlfriends every month …. abegi this talk… don’t bring it to my space … me, my small money is legit so, I ain’t scared of nobody … I hate when people point fingers when they haven’t even sorted theirs, your salary is 300k yet you drive big car and have big house… how?.. because nobody knows you? I developed my career purely from hustling, auditioned … so it’s not a matter of in the past, sleeping for roles…so you can’t bring that either… okay am going, nobody should insult celebrities on my page again okay. Thank you #ML …

“Are you still not a thief? Me, I am not kuku ashamed of my hussle, let anybody come for me. p.s you that is typing rubbish can you explain where your money is coming from? Hypocrites. Don’t throw stones when you live in a glass house… you nkor … okay bye, back to minding my business.”

Born in Badagry in Lagos State, the actress became known for her role as Chinny in the M-Net soap opera, Tinsel.

Continue Reading
You may also like...
Related Topics:moyo lawal, prostitute