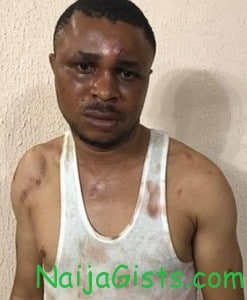 A SARS Police man in Benin city Edo state has come under fire for allegedly hiring thugs to beat up his ex-wife’s new lover at a drinking joint in Benin city.

The suspect identified as Sergeant Nagbama Eboigbe aka Smally reportedly paid some thugs to attack the victim, Ese Idehen, at a bar on Muritala Mohammed Way in Benin city.

The hoodlums reportedly forced their victim to confess and recorded his video before locking him up in a car.

However, Smally’s ex-wife said their marriage crashed 9 months ago. 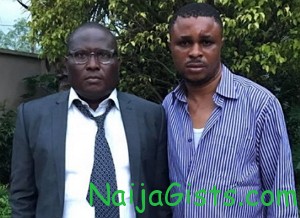 Ese’s lawyer Barrister Jefferson Uwughoren has petitioned Edo state Police Commissioner that his client was kidnapped and forced to confess to things he did not do.