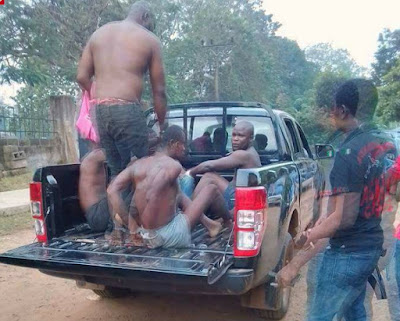 On Wednesday, police in Ikom Local Government Area of Cross Rivers State revealed that five kidnappers who kidnapped a business woman, Mrs Asimco and took her into the deep were killed in a gun battle in a forest.

Police reports revealed that some SARS operatives traced the suspects into a forest in Ikom where they engaged them in a gun battle, killed them and rescued the victim alive.

Journalists who captured the Special Anti Robbery Squad operatives released photos of how the kidnappers were arrested alive and killed moment later at the police station without any form of prosecution.

Photos have been provided by citizens to back the theory up as they have accused the Cross River police of extra-judicial killings. 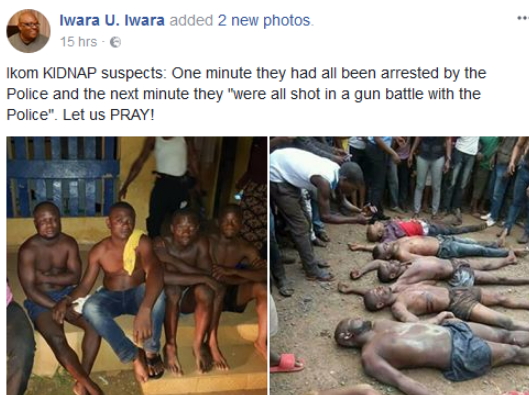 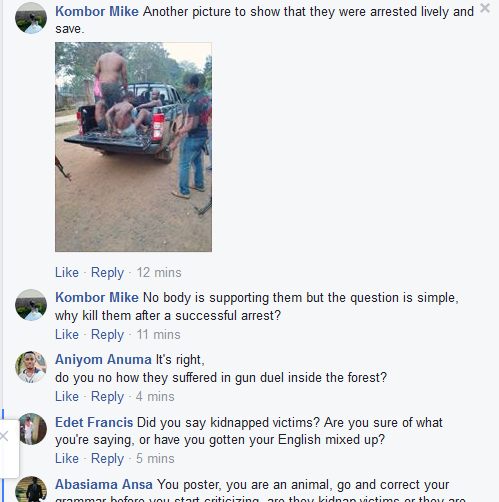 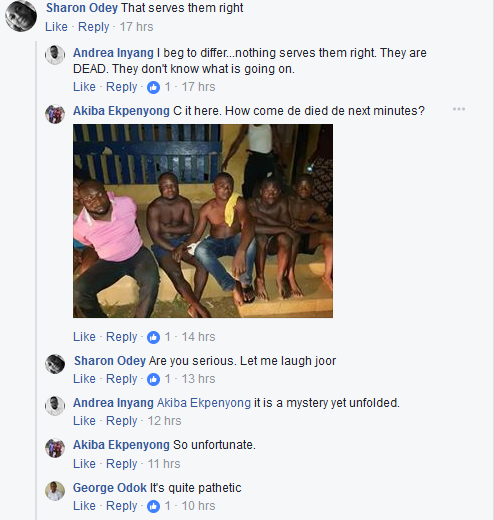 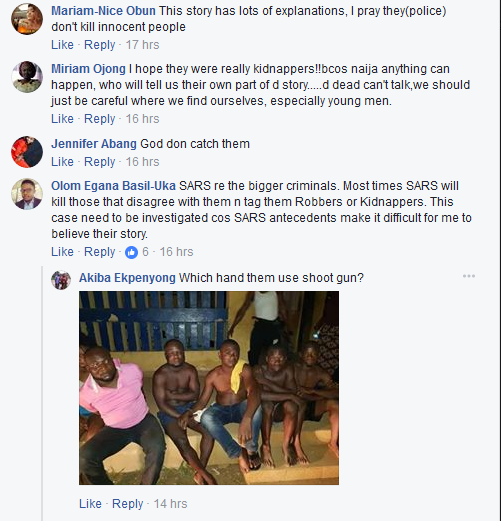