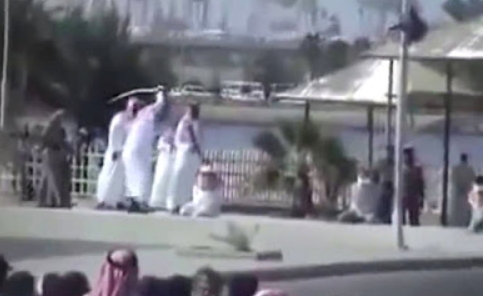 It also clarified that the executed lady was accorded every legal right before the death sentence was carried out on her.

It said all accused persons subjected to the legal process in Saudi courts of law are allowed access to lawyers to litigate for them.

The embassy made the clarifications in a statement in Abuja against the backdrop of protest by the Federal Government on the execution of the woman.

“With reference to the statement by the Senior Special Assistant to the President on Foreign Affairs and the Diaspora, Mrs. Abike Dabiri-Erewa, as published on the cover page of “The Nation” newspaper of 3/4/2019, titled “Fed Govt kicks as Saudi Arabia executes Nigerian,” the Royal Embassy of Saudi Arabia, Abuja, clarifies as follows:

“The embassy affirms that all legal and judicial procedures were followed regarding the accused person and she was accorded every legal right before the death sentence was carried out on her.

“All accused persons subjected to the legal process in Saudi courts of law are allowed access to lawyers to litigate on their behalf, and the kingdom avails itself the responsibility to provide lawyers for any persons that have no financial ability to do so.

“All convicted persons on whom the death penalty has been carried out in the Kingdom of Saudi Arabia have gone through trials characterized by the legal guarantee of justice to their cases because the kingdom’s judicial system is established on objectivity and is dependent, in terms of its rules and regulations, on the Islamic Law, which has always restored rights to their owners and done justice to the victims. This is what the kingdom has always affirmed.”

The embassy insisted that its judicial system was always painstaking.

“The death sentence is only carried out in the Kingdom of Saudi Arabia after all proofs and legal evidence have been exhausted regarding the accused, and the process goes through various legal stages until the allegations against the detained persons have been proven beyond reasonable doubt.

“The Ministry of Foreign Affairs of the Kingdom of Saudi Arabia is always in consultation with foreign embassies and consulates in the kingdom, of which are the Nigerian Embassy in Riyadh and Consulate General in Jeddah, and it provides them with all facilitations and information and allows their staff to visit their nationals that are detained vis-à-vis a variety of charges as are related to the different stages of their detention and prosecution, and this is allowed every time of their request through normal channels.

“It is well-known for all those interested in travelling to the Kingdom of Saudi Arabia that the penalty for drug trafficking is the death sentence and the said sentence is applied on all persons convicted without any exceptions, as long as the evidence is established against them, and this is conveyed to every person prior to his trip to the Kingdom of Saudi Arabia.

“The Kingdom of Saudi Arabia does not neglect the enforcement of penalties in terms of matters of drug trafficking and is determined to apply the law on any person against whom evidence is established in order to combat drug trafficking and protect its citizens from this dangerous menace.”

My Life Is Finished, I Have Killed My Only Brother – Fratricide Suspect
Death Toll Of Borno Bomb Blast: 5 Killed, 45 Injured As 2 Women Detonate IEDs In Maiduguri