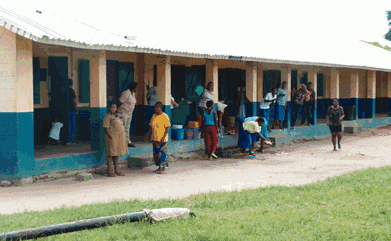 A female warder at Kirikiri Prison has been sacked by the Nigeria Prisons Service for allegedly smuggling bottles of beer into the prison yard.

Mary Ikenye’s dismissal is contained in a statement issued yesterday by the NPS Public Relations Officer (PRO), Deputy Controller of Prisons, Francis Enobore. Enobore, who cited the provisions of the Prisons Act which support her dismissal, said that her offence was considered as trafficking in the service.

He said Ikenye’s dismissal letter was signed on behalf of the Controller-General of Prisons by the officer in charge of discipline, DCP Agun Olatunji. According to him, the female warder was found guilty of negative activities which border on trafficking, an act that contravenes the enabling provisions of Sections 14 (i) (a) and Section 82 (n) of Prisons Act Cap P.29 LFN 2004 and punishable under Sections 14 (i) (g) and Section 83 of same Act.