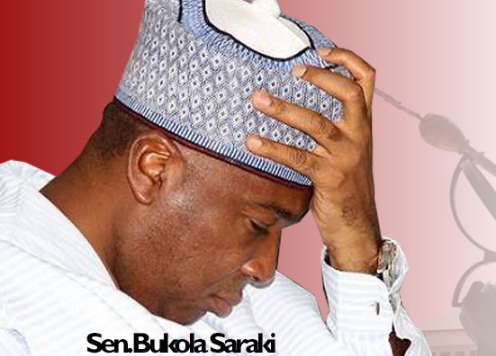 In a smart ploy to gain sympathy from Nigerians, embattled Senate President Bukola Saraki said he is ready to go to jail than to surrender his willingness to set things right at the Senate.

He described his latest Senate rule forgery charge and CCT trial as persecution by President Buhari.

“This is a cross I am prepared to carry. If yielding to the nefarious agenda of a few individuals who are bent in undermining our democracy and destabilising the Federal Government to satisfy their selfish interests is the alternative to losing my personal freedom, let the doors of jails be thrown open and I shall be a happy guest,” the Senate President declared. Saraki, who stated this in a statement he personally signed in Abuja after his arraignment alongside his deputy, Ike Ekweremadu and two others, declared that members of the Senate leadership charged for forgery of the Senate Standing Orders 2015 (as amended), were innocent of the charges prevailed against them.

“Let it be abundantly clear, both as a citizen and as a foremost legislator, I will continue to rise above all the persecution and distraction that have been visited on me.

“I will remain true and committed to the responsibilities that my citizenship and my office impose on me. Without doubt, the highest of those responsibilities is the steadfast refusal to surrender to the subversion of our democracy and the desecration of the Senate.”

Saraki has made history as the first Nigeria’s Senate President to force himself to power.

He went against the rule of his party and deceived Buhari to become Senate President on June 9 2015.