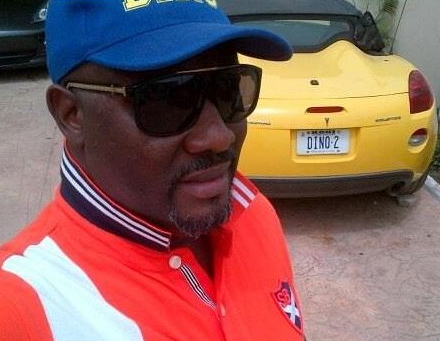 Egbon oni otito, we all know that whether one say the truth or not death is inevitable but where one goes after death is also important to those who are conscious of their tomorrow. May we let you know something, even if you say the truth but refuse to do what you are given mandate to do, you will not only lose the goodwill of the people, but will rot in the executive part of hell whenever the roll is call up yonder.

Then how will you explain to God almighty that you always attribute your unholy display of wealth you spend our constituency allowances on when tens of thousands of your kinsmen are dying of hunger not to even talk of Kogi west as a whole.

We have noticed pinnacle of your greed and self-centeredness after the 2007 general election; maybe it has been there but some of us could not see earlier when you brought those cars to the house of Late Arc Olorunfemi’s house in Kabba in your so called thanksgiving charade. Some people celebrated and were happy but little did we know that we were celebrating 2years of our constituency allowance that has been wasted on luxury cars upfront, which was evident of your wasted 4years in the House of Representatives that was characterized with disgraced and non performance.

You might move the highest number of motions but in as much as constituency allowances are collected on behalf of your constituents, you’re liable to account to us how it is spent and the impact must be felt by our people not the cars and holidaying centres you frequently visit.

All thanks to Honourable Tajudeen Yusuf, who restored the image of Kaba/Bunu/Ijumu by sponsoring a lot of Bills and at the same time initiating several projects in his first term, and that, prompted our collective resolve to send him back against our traditions of rotation.

Egbon Senator, God has been so kind to you and he gave you another chance on a higher platform to redeem yourself of the mistakes you intentionally made in the House but it seems you’ve not learnt your lessons. A year in the senate, your craze for frivolities like cars was not only heightened with the fleets of cars you added to your garage but renewed showmanship of prodigality of our constituency allowances while thousands of Kogi West citizens who gave you their mandate are leaving below N200 per day and you are comfortable.

We advise you to have a rethink before it’s too late. Stomach infrastructure is not too bad at this trying time of our people which will cost less than a price of one of your luxury cars.

Stop mocking God. He is watching you as you only concentrate on your family. As we understand even the ones with ‘let my people go’ certificates are working in juicy offices and your father is driving his fourth jeep. You try Bros , you have really made mockery of us and still telling us to go to hell , but remember, you may miraculously survive RECALL but you may not survive 2019 general election even if you spend billions.

Let us remind you in case you forgot, ‎You’re the first politician in Okunland that spent N1million per ward on delegates when you’re desperate for your ungodly reelection in 2010. But what happened was that the money was collected and you failed woefully. This will also repeat itself comes 2019 because, Our mumu in Kogi west get expiry date. It is not too late to make amends if indeed you deem it necessary.