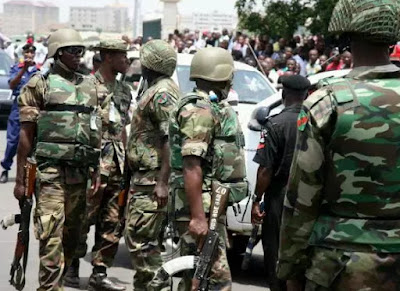 The Army officer, Lieutenant Diya, was said to have been abducted on 7th Avenue, while on patrol with other soldiers.

The state Police Public Relations Officer (PPRO), Dolapo Badmos, yesterday said she was yet to be aware of the incident.

“The officer was kidnapped three days ago. Today (yesterday), soldiers re-enforced and are already pushing the kidnappers out of their base into 6th Avenue.” At 8p.m. yesterday, shootout was still ongoing between soldiers and militants.

Military personnel under an operational code name AWATSE were deplored to the area to check activities of militants.

The Lieutenant was kidnapped with his service rifle while on patrol at the axis about 5:30p.m.

“The abduction of the Army officer led to shootings as a joint force by the military and the police invaded the creeks and headed for the kidnappers’ den.”