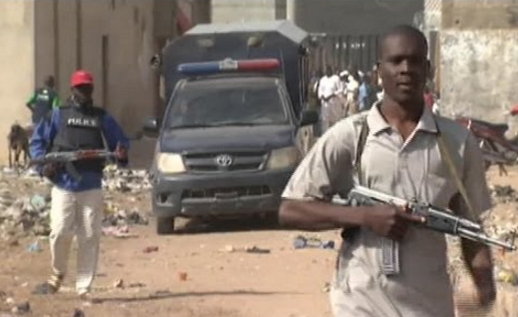 This came as a 22-year-old pregnant housewife, Aisha Abdullahi, was raped and hacked to death by the serial killers.

Aisha’s murder is the third in the last couple of weeks. The state Police Public Relations Officer (PPRO), DSP Magaji Majiya, said Aisha’s husband, Mohammed Abdullahi, reported the incident about 10p.m. on Wednesday. According to the PPRO, the incident occurred about 8p.m. when the husband was away. Majiya said Abdullahi found his wife’s body in a pool of blood.

The assailants, who raped the woman before slaughtering her, were said to have broken the wall to gain entry to the house. Two weeks ago, two men, Nura and Haruna, were arraigned for the alleged gruesome murder of a housewife, Khadija Muhammad, at Jain quarters in the Kano metropolis. Another housewife was raped and murdered at Unguwar Katsina in Ungogo Local Government Area in December last year.

But nobody has been arrested in connection with Wednesday’s incident. However, security agents are said to be tracking some suspects.

The remains of the woman had been buried according to Islamic rites. This came as police yesterday paraded 35 people arrested in the last six weeks for allegedly committing various crimes in parts of Benue State.

The suspects included armed robbers, kidnappers, manufacturers of firearms and cultists. Briefing journalists at the state Police Command Headquarters Makurdi, the Commissioner of Police, Mr. Paul Yakadi, warned criminals to stay away from the state or face the wrath of the law. Yakadi explained that the ‘Operation Zenda’ security surveillance team based at Vandeikya Local Government Area had on January 16 arrested three persons in Kwande Local Government Area who specialised in the manufacturing of arms.

According to him, the police also recovered one locally-made AK47 rifle, five locally-made pistols, three Dane guns and 10 rounds of ammunition from the suspects. He said the suspects confessed that they used to sell a pistols at N25,000 each.

The police boss added that all the items the suspects used in the production of assorted guns had been recovered by the police. Yakadi also disclosed that the police arrested three other persons of no fixed address, who snatched a truck with registration number Lagos 610 XA loaded with kerosene at gunpoint valued at N1.6 million, which they diverted to Ihugh village in Vandeikya and handed over to a fuel dealer for sale.

The commissioner, who commended Governor Samuel Ortom and the people of the state for their cooperation with the police since his arrival in the state, urged the people to continue to give useful information to the police especially on criminal hideouts. He promised that such information would be treated with utmost confidentiality.

Yakadi disclosed that four kidnappers, who on January 5 kidnapped one Yakubu Udoma at Naka town, had been arrested by the police.

The police boss assured the people that the Fulani and farmers clash in the state would not occur again. According to him, the police, in collaboration with the government, have taken proactive action to avert it