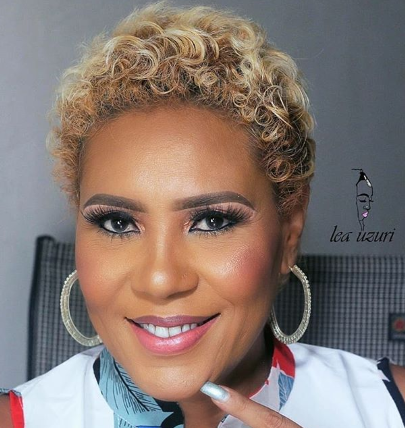 Shan George: I Was Bedridden & Almost Lost My Left Leg

Nollywood actress Shan George is gradually gaining back her strength following an extended downtime caused by a life-threatening ailment.

The disease which cost her a lot took her away from the limelight in 2019.

Here is what the mother of two told Sunday Scoop about the terrible illness that disrupted her career.

“Sometime in late 2018, I had just finished organising the artistes that would be on the governor’s band for the Calabar carnival in December. After all the rigorous activities, I suddenly realised that my knee was swollen.

I didn’t understand what was going on, so I just attributed it to the carnival stress. I took some drugs and rested for a couple of days expecting to be up and about in a couple of days. However, by early, January, the pain had increased. I kept managing it by using pain killers, but by March, it had become worse. I then started going to hospitals to find out what was wrong.

“Eight months later, my left leg was almost paralysed. I was already bedridden for some months. That was when my doctor asked me to do a series of tests because I had been on medication since January and I wasn’t getting any better.

They wanted to know if there was any disease in me that had been feeding on the medications I was taking. All the tests came out negative and they had to do a MRI scan. After the scan, they found out I had lumbar spondylosis, which is a disease of the spine.

There is no medication for it and they told me it was a surgery that could correct it; it was a 50/50 situation. I had the surgery on August 29, 2019, and it was successful. (As a result of the illness), I didn’t do anything for the whole of 2019.

“However, my first son really encouraged me. I was really scared and he said, ‘You know you are a child of God. You fear God; worship and pray to Him all the time’. He told me not be afraid, that the surgery would be successful.

“I was also scared because I didn’t have the finances to go for a surgery abroad. I had just finished making a movie and my mum had been ill for a while. I was very scared of death and not being able to walk again.”