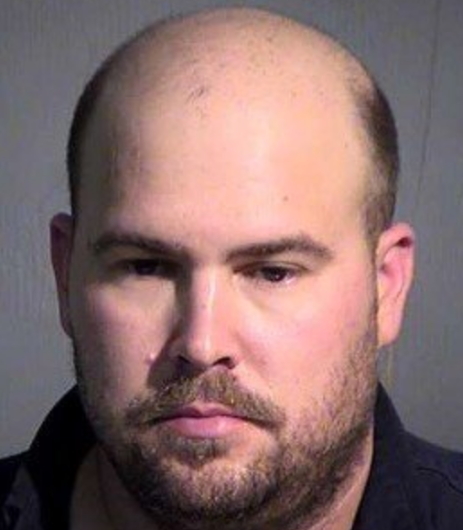 A US man is now in custody on charges of threatening and intimidating a Phoenix mosque on Saturday, just one day after a gunman killed 50 people at two mosques in Christchurch, New Zealand.

The Huffington Post reports that 40 year old Noel Thomas Becht, was taken to Maricopa County Jail on charges of threatening and intimidating disorderly conduct and trespassing.

The suspect apparently had visited the mosque and said he was curious about Islam. Police said that Becht allowed to sit in on a service where he started wondering around into areas that were off limits.

Becht  was allegedly asking strange questions about service times at the center and another mosque in Tempe. When people at the mosque asked him about his intentions, Becht put his finger to his neck and made a sawing motion.

“The thing that was a very potential threat was when he made this sign,” Didmar Faja, the mosque’s imam, told Fox 10. “The vice imam said, ‘What does that mean? Why are you doing that?’ [Becht] said that ‘you will know later.”

The United Islamic Center of Arizona released a statement following the incident,

“We have seen the true strength and the unity that are present in our community and elsewhere,” the mosque wrote on its Facebook page. “Muslims and non-Muslims alike came to show us their support and to work hand-in-hand with us to unroot hate, radicalism and supremacy in all forms.”

Becht is currently in custody.

Continue Reading
You may also like...
Related Topics:intimate, man, muslims, us