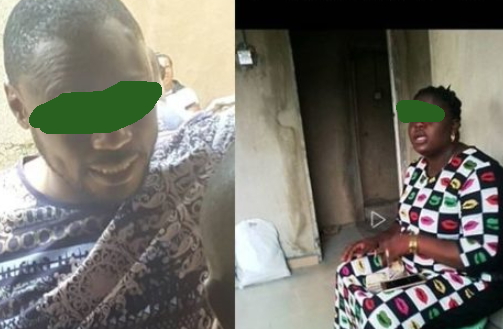 A woman and her son were on Tuesday brought before an Ikeja Magistrates’ Court for allegedly attacking a tenant. They were said to have attacked their victim with a knife.

Prosecuting Inspector Victor Eruada told the court that the accused committed the offences with others at large on July 15, at their residence.

The prosecutor said that a fight broke out between the duo and the complainant, Mr Fabian Owotikwu, following an argument.

“In the process, John and her son brought out a knife which they used to cut Owotikwu’s private parts and inflict injuries on him,” Eruada said .

Chief Magistrate M. I. Dan-Oni granted the accused N50,000 bail with one surety in the like sum.

The case continues on August 20.

Native Doctor Dupes Hotel Worker Of N170K To Make Him Rich & Get Promoted
13 Nigerian Soldiers Sentenced To Death, Others To Life Imprisonment