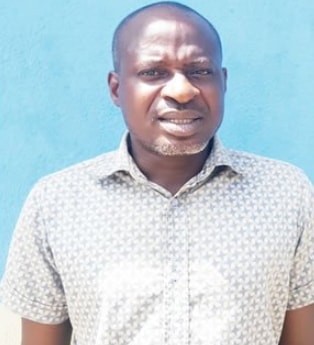 A native doctor identified as Ahmed Ifakunle, was on Tuesday arraigned before an Igbosere Magistrates” Court for allegedly obtaining N170,000 from a hotel worker to make him rich and get promoted.

36-year-old Ifakunle, 36, of Atikori, Ijebu-Igbo in Ogun State, is facing a two-count charge of conspiracy and obtaining under false pretence.

He said Ifakunle conspired with a suspect, who is on the run, to obtain the money from the complainant, Adeleke Shefiu.

The court heard that the incident occurred on Awolowo Road Ikoyi, Lagos.

It was alleged that the hotel worker usually bought herbs from the defendant. They would speak on the phone and sometimes, the defendant would ask his 85-year-old father to speak to him on phone.

After a while, the octogenarian allegedly persuaded the complainant to visit him in Ijebu-Igbo, so he could pray for him for promotion and wealth.

When the complainant arrived in Ijebu-Igbo in March, he allegedly met the defendant’s father who convinced him to pay the defendant N170,000 to buy the things required for the prayers.

In April, the defendant also allegedly persuaded the complainant to send him N5,000 recharge cards so he could sell them and use the proceeds to treat the octogenarian.

However, the complainant did not notice any improvement in his fortunes the prosecutor said, adding that the defendant and his father stopped picking his calls.

On July 11, the complainant was said to be on his way to work when he saw the defendant and he raised the alarm. Passersby helped him to apprehend the defendant.

Magiatrate Y.O. Arolambo granted him N500,000 bail, with two sureties in the like sum.

The case continues on August 15.