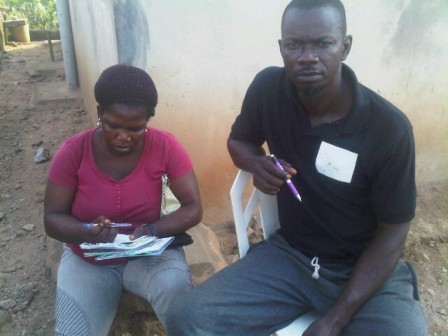 It was a sad experience for Segun Adeyemi after he discovered that his belongings were carted away by a micro finance bank over a N4,000 debt owed by his wife in Lagos State, western Nigeria.
The incident happened at their residence at 3, Adeyeye street, Megida area of Ayobo Ipaja on the outskirts of Lagos.

We learnt that among the items the bank carted away include their matrimonial bed, plasma television, refrigerator, generator, cooking utensils, cash and other valuables kept in the house.

According to Segun, his wife Remilekun Adeyemi, who is a petty trader, went to the management of Bisi Cash Micro Finance Bank whose office is located at Onifade Road Junction in Ayetoro, Ogun State and borrowed N40,000 to start a business.

He said before she was given the loan, the management first deducted their own interest from the loan and gave her the balance. 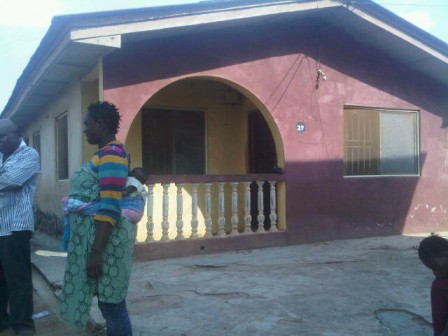 We also gathered that Remilekun also entered into an agreement to be remitting some amount of the money every week untill she finished paying back the entire loan.

We also learnt that once a loan beneficiary defaults, all such person’s property will be consficated, which is the fate Remilekun has suffered along with her husband.
According to her, she had been dutifully paying the money until it remained N4,300 balance last week.
She said she was unable to pay last week after their son fell sick and was rushed to a hospital.
While she was on her way to the hospital, the management of the bank invaded their home and carted away all their household items.

When Segun went to the management to know why they did so, they told him that his wife breached the agreement.
They told him that he was also liable because he knew about the loan and stood as surety for his wife.
When he offered to pay the money in order to take back his belongings, they refused and claimed that the property now belonged to them.

When our reporter went to their office on Thursday, the staff confirmed the incident and said it was part of the agreement the woman entered with them.
Efforts to contact the manager identified as Shade failed as she refused to speak on what transpired.
She said they seized the property because of the debt she owed the bank.

Our investigation revealed that it was not only Segun and his wife that have found themselves in such predicament. Many other women whose belongings were seized were seen in the bank premises bemoaning their plight.