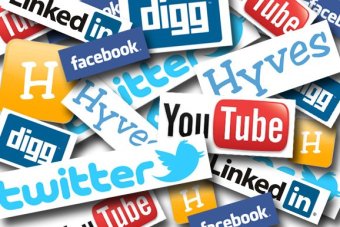 The social media has come to stay. Its use, misuse and abuse are what writers will continue to address. Countless are the benefits of social media. The different platforms have become the oil with which the yam of friendship, relationship and companionship is eaten. They have become succour out of boredom and they are to the 21st century what the television was to the 19th and 20th centuries.

As relevant as the social media is, it has its many disadvantages in different realms of life. One of such challenges is that social media has shrunk real life bonds among people as complaints such as “S/he spends all day chatting” is now on the lips of many people across the globe.

Fredrick Douglass once said “Once you learn to read, you will be forever free”. But he said this when reading was an intellectually engaging exercise. And I mean before the advent of social media. The reverse is pathetically the case as reading seems in this age to shrink people’s ability to think. People share nonsensical information and fabrications and when they tell you they have read it somewhere, you are immediately forced to ask: Even if you’ve read this, don’t you think about the things you read and then take your stance?

In the past, that which is written used to be taken as authentic and reliable. Sadly, gone is that age. The poor intellectual state of many readers and the lack of depth in many posts make one ask: what do people read on social media? This question reveals the preponderance of fake news and other logically unfounded posts.

Writing used to be the business of the noble and the informed. Now, the social media has become a space for thoughtless and illogical writings available for lazy and myopic readers.

In an informal survey of three National Diploma classes in one of Nigerian polytechnics, I discovered recently that 70% of the students who use Android phones did not know how to get on Google on their gadgets. Aside their call logs, contact list and gallery, they can only navigate through their many social media. In an age when lecturers have stopped reckoning with Wikipedia, there are still many students who can’t even handle Google search. Many do not know that gone are the days you necessarily have to buy a newspaper, all of them have their online versions now. But unfortunately, an average Nigerian relies on the information on social media and would rather become an unpaid distributor of such news than to get the news verified.

This is an appeal and a reminder to people that reading is an intellectual engagement which demands questioning whatever you read and subjecting same to logical validation. A generation of literates who have no depth are not different from illiterates who cannot pronounce words. People are advised to also get on other media such as educational media(academia, LinkedIn) and to utilise Google search to broaden their knowledge. Google is such a big gift to the world. It has something to say on everything. It presents you with different perspectives to any issue which can help you arrive at a logical conclusion on any topic. As the social media presents us with more and more platforms to lavish our days (Instagram, WhatsApp, Facebook, Twitter, and Snapchat), it is our responsibility to put these platforms to positive use and to also visit other media that can help us deepen our reasoning.

Ganiu Abisoye Bamgbose (GAB) writes from the University of Ibadan.

3 thoughts on “The Use, Misuse & Abuse Of Social Media”