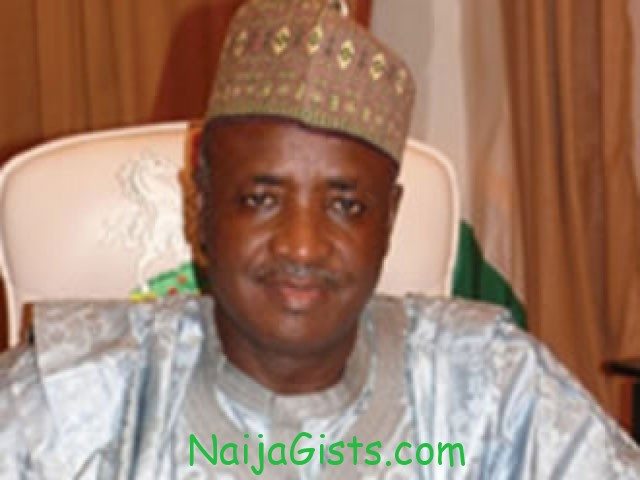 Governor of Sokoto State, Northwest Nigeria, Aliyu Wamakko, has flogged a manager of Power Holding Company of Nigeria, PHCN, for failing to supply electricity to his community.

Premium Times, an online news portal reports that the governor flogged the manager and ordered his security officials to assault two other PHCN staff.

The management of the Kaduna Electricity Distribution Company, KEDC, a subsidiary of the Power Holding Company of Nigeria, PHCN, accused the Governor of assaulting the workers.

The Acting Managing Director of the Company, Mohammed Adamu, made this known at a press briefing late Monday at the company’s Doka office in Kaduna.

Mr. Adamu explained that the staff was summoned by the governor and was beaten to a pulp by the Governor and some of his aides.

“On Saturday, 20th October, 2012, an unusual and unfortunate event took place which was beyond our comprehension. On the said date our business manager, Gwiwa Business Unit, Sokoto state, Moses Osigwe, was invited by the Executive Governor of the State, Aliyu Magatarkada Wamakko to his personal residence, over the issue of lack of power supply to his hometown, Wamakko, as a result of a failed 2.5MVA transformer.

“He accused our staff of deliberately denying his community, Wamakko, of power supply. As the business manager was trying to explain to him, the governor just brought out a horse whip (popularly known as bulala in Hausa language) and lashed him to a pulp,” Mr. Adamu said.

The PHCN boss said the governor’s brutality did not stop at being the direct aggressor, “as he also invited and instructed two hefty mobile police men to continue with the beating spree until the business manager fell on the ground and became unconscious.”

“In the same vain, the Governor did not stop at the beating of our business manager but invited two other staff of the company namely, Isyaku Daura, Officer 2 (Electrical) and Nuruddeen Mohammed, Staff 1 (Lines) and ordered the mobile policemen to beat them up, also to a pulp,” he lamented.

He described the governor’s action as uncalled for, barbaric, and uncivilised. The Senior Special Assistant to the Sokoto state Governor, Sani Umar, when contacted on phone told reporters that he was driving and would call back. He was yet to do so as at the time of this report.(Credit:dailypost)