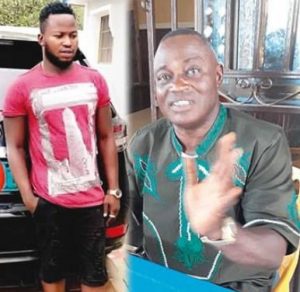 A trigger happy soldier who allegedly shot a man at point blank in Ibadan last month has been arrested.

The soldier who was accused of shooting and killing 30-year-old Kehinde Adeleke, following an argument at the car park of Trans Amusement Park in Ibadan was on Thursday led by top military and police officers to the Iyaganku State Criminal Investigation Department (CID) in Ibadan for their statements.

Police detectives probing the killing drilled the suspects for about 7 hours.

It was gathered that the General Officer Commanding (GOC) of the 2 Division of the Nigerian Army, Maj.-Gen. Okwudili Azinta, had ordered investigation into alleged involvement of soldiers attached to the Oyo State security outfit, Operation Burst, which has men of the Nigerian Security and Civil Defence Corps (NSCDC), the police and soldiers.

Also, Police Commissioner Abiodun Odude said the soldier and other suspects fingered in the killing were arrested and taken to the State CID for further investigation into the killing.

Speaking through the command’s spokesman Adekunle Ajisebutu, a Superintendent of Police (SP), the police commissioner said: “Those allegedly involved in the incident made their statements. The soldier has made a statement while investigation continues.”

The suspects are to remain in custody as the murder investigation continues.