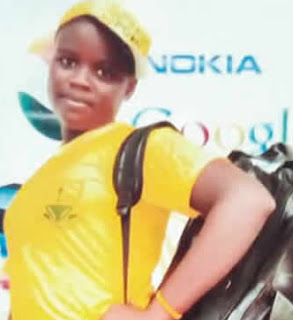 Condemnations have trailed the death of a 15-year-old student of Army Day Secondary School in Imo state.

The deceased, Miss Queendalin Ekezie was ordered to frog jump until she was exhausted and passed out for coming late to school.

A soldier attached to the 34 Artillery Brigade Obinze Imo state is currently being investigated over Queendalin’s death.

According to eyewitnesses, the teenager started vomiting blood before the soldier who is yet to be identified left her without any assistance.

Imo State Commissioner for Education, Mrs Gertrude Oduka, however has said that the State government would not be in a hurry to conclude on the incident.

She disclosed that some senior staff in her Ministry have been sent to inquire about the remote cause of the incident.

“We have launched investigation into the matter, the matter is so sensitive that we would not like to be in a hurry to issue any statement, but we have dispatched senior staff to find out what has happened”, Oduka said.

But the father of the victim, Mr Hyginus Ekezie, said that his family has decided to let the matter be.

Ekezie who spoke to our correspondent , at the family residence in Ama Oso, Umuagwo in Ohaji/Egbema Local Government Area of Imo State , said that he decided to forgive the killer of his daughter after due deliberations with his kinsmen.

According to him, “there is no point talking about this issue again, we have decided to allow peace to reign, we have forgiven anybody who might be involved in the death of our daughter, God knows best. I sat with my kinsmen and they told me to forget all that have happened” Ekezie said.

He disclosed that a delegation of the Army have already visited his family to pay their condolence.

It would be recalled that Queendalin, who got to school late on that fateful day, was punished by a soldier who ordered her to “frog jump” until she got exhausted and passed out.

Here is how a friend of the deceased, Delight Aguocha who witnessed the incident narrated what happened on the day Queendalin died:

“on that day, we had set out at 7am. We waited for a motorcycle to take us to school till it was 8am. When we became frustrated, we decided to board a commercial cab. But the driver did not leave the motor park until the car was filled with passengers.

“When we got to school at 9am, we met three sets of late comers on the ground. Two soldiers
were asking each set to do frogjump to a particular distance after which they picked their bags and entered their classes.

“When it was our turn, we were about reaching the finishing line when they said we were not doing it right and we should start again. After we repeated it, we went to pick our school bags, but one of the soldiers said he was still not satisfied.

“I completed the punishment the third time and I picked my bag and left. I suddenly discovered that my friend was not with me. When I returned to the place, I saw her crying. She started vomiting the food she ate that morning. She was saying, ‘my back, my chest.’ The soldiers were just staring at us.”

She added that when they got to the hospital, the victim was given an injection and was put on a drip, but unfortunately she couldn’t survive it”.