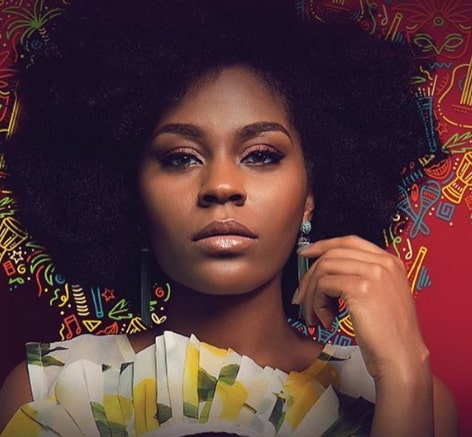 Meet, Somkele Iyamah Idhalama, a Nollywood’s starlet who also doubles as a film director and model. She came into prominence in the entertainment scene as a supporting actress on Ndani TV’s ‘Gidi up’ where she played the role of Yvonne the fashion designer.

She was born to Andrew and Rosaline- Onyi Iyamah in Delta State.

Having described her family as a closely knit one, she is the third child of four children. She attended Chrisland and Grange schools before obtaining a degree in Biochemistry in McMaster University, Canada.

Her debut film was the 2012 film ‘The Island’ and has since been involved in other movies like the 2016 blockbuster ’93 Days’, ‘The wedding party’ and so many others. Somkele’s hard work has also earned her awards and numerous nominations. She is happily married and has a lovely son named Jordan Idhalama. She is also the latest ambassador for Multichoice’s DSTV Explora and won the Trailblazer Award at 2017 AMVCA.

Somkele who is also manager of the Andrea Iyamah brand is a style icon. She has proved beyond reasonable doubt that her Afrocentric hairstyles and trendy outfits have come to stay in the fashion scene. She is always among the best dressed whenever she is seen on social radar.