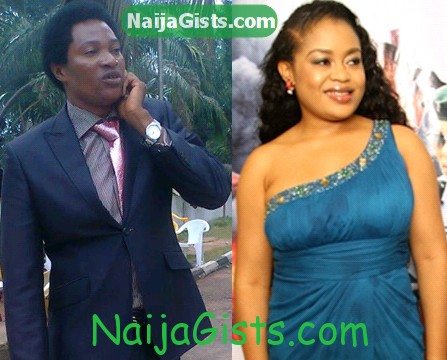 Jerry Okosun, one of the sons of Sonny Okosun, the late Nigerian gospel icon who was arrested in December over his alleged involvement in actress Nkiru Sylvanus‘s kidnap has been freed. naijagists.com

He was released from police detention in Owerri alongside other suspected abductors of the aforementioned actress and former Mr Nigeria winner, Kenneth Okolie on Saturday.

Mr Jerry Okosun is the Director of General Student Affairs in Imo State. He was set free on Saturday 5th of January, 2013 after he was declared innocent.

Imo state police officials arrested Jerry on December 25, 2012, Christmas day after he was suspected to have been involved in Nkiru’s kidnap.

The trouble started after Jerry insisted Imo state Government should pay N15million ransom for the quick release of the actress.

He also got into trouble after some suspicious text messages were found on his phone in connection to the crime.

Thank God he is free. Hopefully the Imo State Police officials will uncover the people behind Nkiru and Kenneth Okolie’ kidnap.

Actress Nkiru was kidnapped alongside former Mr Nigeria Kenneth Okolie on the 16th of December in Owerri Imo state. (Read details of their kidnap here)

Her family eventually paid her kidnappers N8 million to secure her release.

The fate of the third person in the car at the time of their kidnap is still unknown.