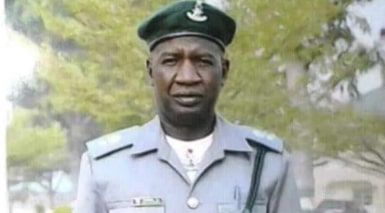 A senior officer of the Nigeria Customs Service, CSC Abba Abubakar has died.

He was killed by a mysterious swam of bees which attacked him while on patrol duty along Ashipa axis of Badagry Lagos Expressway.

According to a statement released by the agency, the deceased passed away on Tuesday the 9th of April 2019, a day after a swam of bees stung him.

The officer from Yobe has been buried according to Islamic rites.