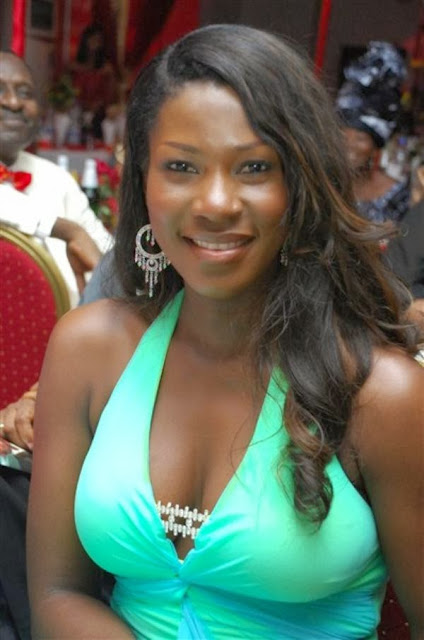 Months after losing her pregnancy, Nollywood actress Stephanie Okereke Linus has granted another interview to relieve fans of their worries.

The actress who said she’ll take in at God’s time plans to raise her unborn kids in Nigeria and abroad.

In this recent interview with Tade Makinde, hear she said;

Question:  Your wedding took place abroad. Are you guys also planning to raise your kids in Nigeria or abroad?

Stephanie Okereke’s Response: The world is becoming global; it’s going to be both Nigeria and abroad.

Question: Have you guys decided on the numbers of kids to have?

Stephanie Okereke’s Response: Am I supposed to tell you that?

Stephanie: Okay.  As many as possible.

Interviewer:  When will you start because I expect you to have been pregnant by now?

Stephanie’s Response: Are you God that is going to decide on that? This kind of thing, you don’t decide it yourself.

Early this year, the actress got pregnant but sadly she lost the pregnancy in the first trimester.

Other actresses who miscarried this year include Funke Akindele and Ini Edo.