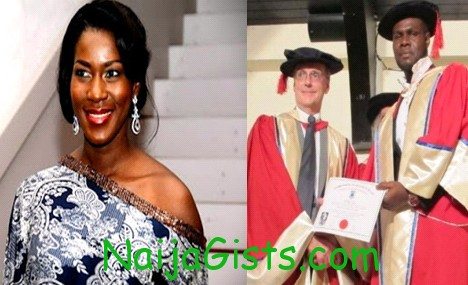 On July 31st, 2012 , Nollywood Actress Stephanie Okereke announced the conferment of combined Doctorate degree on her husband, Linus Idahosa via her twitter and Facebook pages.

Here is what the 30 year old actress shared.

‘Congratulations to my hubby on his conferred combined Doctorate Degree by the Common Wealth University Belize and the London Graduate School Convocation in Dubai- Hello Dr. Linus Idahosa!’ .

Stephanie and her Hubby Linus Idahosa got married in Paris France in April 2012.

Stephanie’s movie production line, Next page is set to begin her new movie shoot in December of this year.