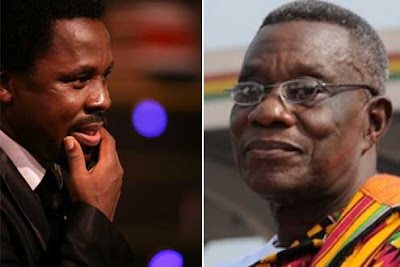 Contrary to an article TB Joshua’s crew published on The News few weeks ago, a man of God identified as Pastor Kayode who was a former resident pastor at TB Joshua’s Synagogue Church in Accra has opened up on how he connected the late Ghanaian President with TB Joshua. 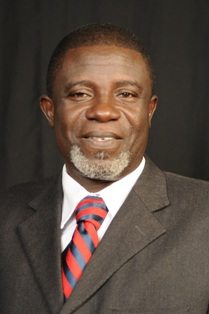 Read his message below

As we mourn and celebrate the promotion to glory of the late Prof. John Evans Atta Mills, I wish to express my condolences to the good people of Ghana, the family of the late president, his son and widow, Dr. Naadu Mills.

In 1999, when I was the resident pastor at Prophet TB Joshua Synagogue Church in Accra, a lady called Aba, who was living at Madina, Accra, came to me for prayers and during the cause of our discussions, she told me that Prof. Mills was her uncle.

Subsequently, I informed Prophet Joshua about my encounter with the then vice president’s niece, who immediately asked me to impress upon the lady to arrange a meeting with Prof. Mills for him.
I charged sister Aba with the assignment and she perfectly did a good job by booking an appointment with Prof. Mills.

Prophet Joshua flew from Lagos, Nigeria to Accra just for the meeting.
On that fateful day, Prophet Joshua and I with Prof.’s Niece went to Osu Castle, the seat of Government.
As we entered Prof.’s office, he stood from his chair to welcome us. He showed lots of humility!

At that point he was ready to have a round table discussion with us until TB Joshua requested me and Prof.’s niece to excuse them for a private discussion.

However, I saw in his countenance that he was not discriminatory; he would have wished that we all partake in the discussion.
When we left his office, TB Joshua told me, he had collected Prof.’s telephone number and that he would be talking to him frequently.

And that was how TB Joshua became connected to the late Professor John Evans Atta Mills.
In 2003, I left Prophet Joshua’s synagogue church to establish Awakeners Chapel Int. in Accra, after my exit, many attempts were made by those who got hurt because I left the church, and as a result, several attempts through the Ghana Immigration service were made to deport me at the time.

After careful investigations, the immigration officials concluded that there was no basis to deport me because I am legally resident in Ghana, without any criminal record and moreover married to a Ghanaian.
When Prof. Mills was elected as President in 2008 and it became evidently clear that Prophet Joshua had a strong link with him though nobody knew how the connection was made apart from my friends and some church members.

I was the main architect of TB Joshua relationship with the late President and they were scared that TB Joshua might influence the President at the time to get me deported.
Before Mills became President, I had two years permit, but just after two years of his reign, I received a call from the director of Immigration that my permit had been renewed for the next 5 years.

Despite the myriad of harassment and all the repulsive things I experienced after leaving the synagogue, one cannot miss the point that it takes a God fearing person like Prof. Mills, to resist and reject attempts at influencing him to hurt or do injustice to me.

Through out Prof. Mills’ tenure of office, I never made any attempt at visiting him in the office because I thought that would not be necessary, considering his closeness with my former boss, but I always pass my thoughts and goodwill to him through some prominent Ghanaians, who were his friends and close allies.

Thank you good Prof. May God keep your family safe and may your soul rest in peace.

Nigerians must know the truth. Article by Pastor Kayode