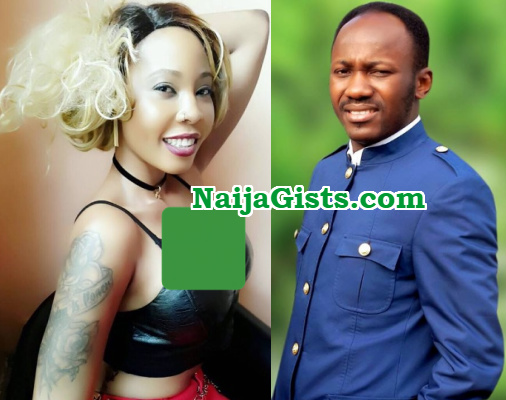 The defamation suit filed by the President/Founder of Omega Fire Ministry, Apostle Johnson Suleman, against Canada-based lady Stephanie Otobo stalled today as the defendant was absent in court.

Suleman filed the lawsuit against 23-year Otobo, after the latter claimed that she was into a romantic relationship with him.

The cleric is seeking N1bn damages for the alleged defamation of his character by Otobo.

But Otobo was absent before Justice Adedayo Oyebanji of the Lagos State High Court in Ikeja, where the matter came up for hearing on Thursday.

She was also not represented by any lawyer.

The SAN said though he had already, on behalf of his client, filed an application seeking interlocutory injunction against Otobo, it was unfortunate that the application could not be taken due to Otobo’s absence.

Akpofure said, “My Lord, our motion is very ripe for hearing but sadly, the defendant is not in court, neither is she represented.

“The defendant has refused o enter appearance in this matter despite the fact that she has been duly served with hearing notices.

“I would have said that My Lord should hear the motion, but I suggest that things be done the right way and another hearing notice be reissued to the defendant.”

Justice Oyebanji also noted that though there was proof that Otobo was served with the hearing notice, she did not appear and was not represented.

He, however, said another hearing notice would be issued and served on her, while adjourning the matter until February 7, 2018.