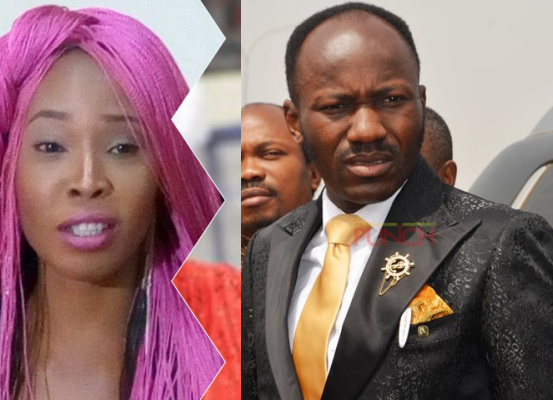 Canada-based Stephanie Otobo is yet to give up her fight for justice in regards to the way Omega Fireman, Apostle Suleman threatened her and how she was forced to commit an illegal abortion.

In a petition letter she wrote to the IGP yesterday, Otobo narrated how Suleman invited her to crusade in Napoli back in 2015 and how she got pregnant for him last year and how the controversial cleric gave her car gifts and money to stay in the relationship she ended when she discovered he was using her.

The letter reads in part; 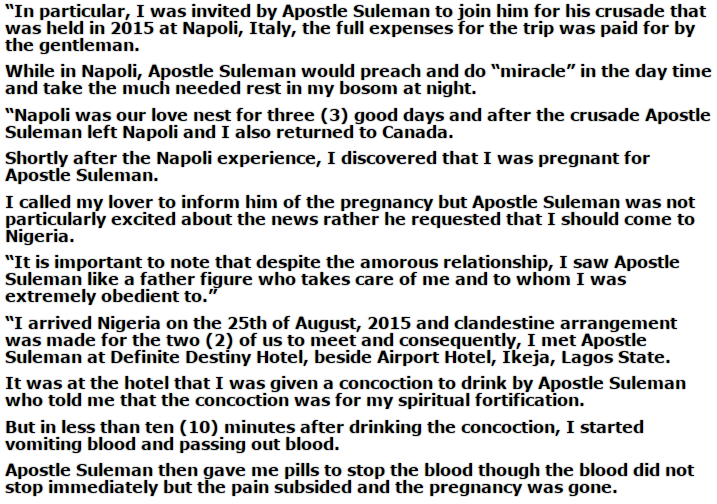