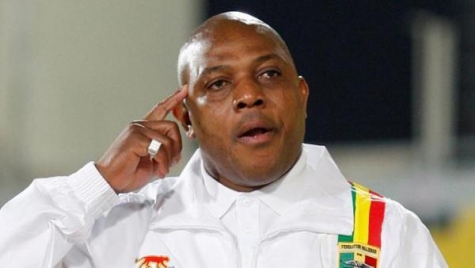 In the PR, Keshi said his concern has been amicably resolved with the Nigerian Football Federation, NFF.

Read the letter from him below:

My attention has been drawn to reports in the media that I have resigned my appointment as the Head Coach of Super Eagles of Nigeria.

While I have had cause to express my displeasure over some issues that happened in the course of our participation in the AFCON 2013, which my team won by the grace of God, especially concerning my relationship with the Nigerian Football Federation, I have since had opportunity to discuss the various issues with all concerned. I am therefore pleased to say that I have reconsidered my position and have decided to continue with my job.

I want to thank the Honourable Minister of Sports, Mallam Bolaji Abdullahi, for his swift and kind intervention.