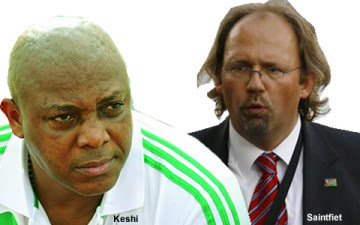 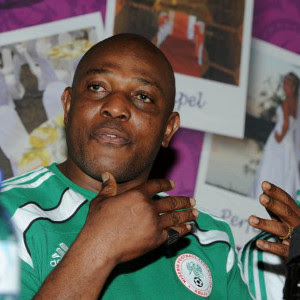 Super Eagles Head Coach, Stephen Keshi, can now heave a sigh of relief after FIFA only slammed him with a warning for allegedly making comments perceived to have a racist slant towards former Malawi coach, Tom Saintfiet. 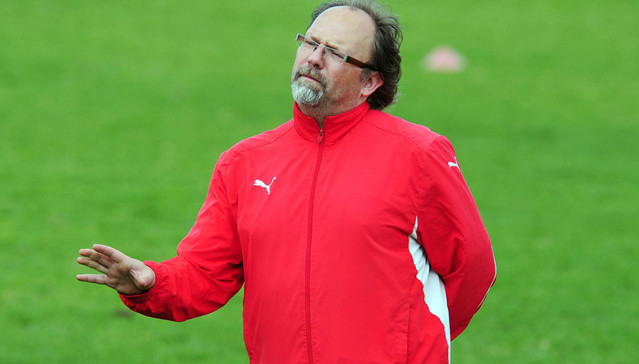 Sulser, who is from Switzerland, warned and requested that Keshi must guarantee that incidents of such high gravity do not occur again in the future.

“If such incidents should happen again, the FIFA Disciplinary Committee will be left with no other option than to impose sanctions against the coach, Mr Stephen Keshi,” the FIFA spokesman told THISDAY last night.

By the tone of Article 57, it is assumed that Keshi only escaped with a warning as his conduct was deemed to fall under offensive behaviour and fair play and not racism as Saintfiet claimed.

The article states that: “Anyone who insults someone in way by using offensive gestures or language, or who violates the principle of fair play or whose behaviour is unsporting in any other way may be subject to sanctions in accordance with Article 10 ff”.
The pronouncement will be a welcome relief for Keshi and officials of the Nigeria Football Federation (NFF) ahead of the Super Eagles trip to Addis Ababa, where Nigeria is due to face Ethiopia on October 13 in the first-leg of the World Cup play-off.

FIFA had last month queried Keshi and given him a two-week ultimatum to respond to Saintfiet’s complaints against him.

In the build-up to the last group match between Nigeria and Malawi on September 7 the two gaffers engaged each other in mind games with Saintfiet insisting that Calabar was not safe to play the game.

In anger, Keshi had furiously lashed Saintfiet. The Belgian in turn reported the Eagles gaffer to FIFA, asking that the match be moved to a neutral venue as Calabar was deemed unsafe.

It was not until Nigeria’s Inspector General of Police, Mohammed Abubakar, issued a security guarantee before FIFA was convinced that the match be allowed to be played at the designated venue.

In the comments that riled Saintfiet and informed a petition from his former employers, the Football Association of Malawi (FAM), Keshi was quoted to have called the Belgian a white dude:“He is not an African person, he is a white dude. He should go back to Belgium.”

Nigerian Muslim Man Who Helped Trained Al-Qaeda Terrorists In Yemen Held Without Bail In The US
Is Don Jazzy Dating His Personal Assistant, PA?