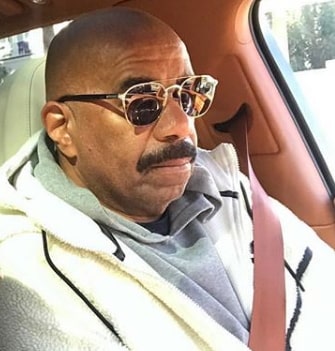 After  years of speculations and rumours, his day time talk show has been officially cancelled.

His time slot has been given to singer Kelly Clarkson who recently became a talk show host.

According to Radar online, Steve Harvey wrapped up the production of his last episode with a big wrap party in Beverly Hills on Thursday the 9th of May 2019.

The 62-year-old who confirmed the cancellation of the show hoped it would get picked up elsewhere.

A source previously told Radar the mogul wanted to take over Wendy Williams’ show if she failed to return from her stint from rehab, but unfortunately for Harvey, she’s bounced back.