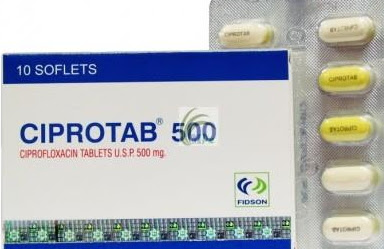 Ewedu soup, a delicacy many enjoy taking with staple meals like Amala, Eba and Fufu, is another soup, experts have warned can interact with antibiotics like ciprofloxacin.

In a study, Palestinian researchers warned that diets with Ewedu soup are better avoided when on a course of antibiotics like ciprofloxacin so as not to reduce their effectiveness.

The researchers who evaluated the effect of Ewedu soup, also known as Corchorus Olitorius or jute in rabbits, found that the soup can delay the medicine from being absorbed into the blood stream by almost 30 minutes.

In the 2016 study in Palestinian Medical and Pharmaceutical Journal, the researchers said this delay in absorption into the blood can lead to treatment failure and bacterial resistance to the antibiotics.

Also, they found that the viscosity of the meal can also affect the workings of the antibiotics in the body as typified by the Ewedu soup.

For the study, the researchers gave a single dose of ciprofloxacin tablet (125 mg) to rabbits in a fasted state or with Ewedu soup and measured the medicines concentration in their blood using a high-performance liquid chromatography.

Due to this, they stated, “ciprofloxacin is recommended to be administered on an empty stomach at least one hour before or two hours after Ewedu soup intake.”

Jute leaves are very nutritious and are rich in calcium, iron, protein, and vitamin A, C and E, dietary fibre and folic acid. The leaves are usually cooked as stew, forming thick slimy syrup similar in consistency to okra usually with starchy staple.

Studies have shown that this green, leafy vegetable is rich in beta-carotene for good eyesight, iron for healthy red blood cells, calcium for strong bones and teeth, and vitamin C for smooth, clear skin, strong immune cells, and fast wound-healing.

Although it has been grown for food, it is also used as herbal medicine to control or prevent dysentery, stomach ulcer, worm infestation and constipation.

Ciprofloxacin is a fluoroquinolone antibiotic which is effective against many disease-causing bacteria. It is commonly prescribed for the treatment of bladder infections as well as bacterial infections of the skin, lungs, airways, bones and joints.

Taking medicine by mouth is a common practice, but it must be at the right dosage and with appropriate combination of drugs and foods and at appropriate time for its effectiveness.

Food, for instance, can have severe impact on the effectiveness on medicines. In fact, food interacts with antibiotics in three ways; it blocks the absorption of the drugs, slows down the rate at which the drug is absorbed or interferes with the way the body breaks down the drug.

Previously, researchers have warned against taking dairy products, containing drinks like tea and milk shake or calcium-fortified foods almost at the same time or one after the other with ciprofloxacin. Calcium in dairy products binds together with the medicine in the gut, reducing the effectiveness of the antibiotics.

Moreover, ciprofloxacin can enhance the side effects of caffeine if taken together. According to Drugs.com, it is advisable to cut off coffee for the period. Its side effect may include an increase in heart rate and frequent urination.

Continue Reading
You may also like...
Related Topics:antibiotic, ewedu, soup

Health Talk: How To Protect Yourself From Uterine Cancer..Common Symptoms To Watch Out For
Health Talk: 10 Factors That Lower Risk Of Stroke