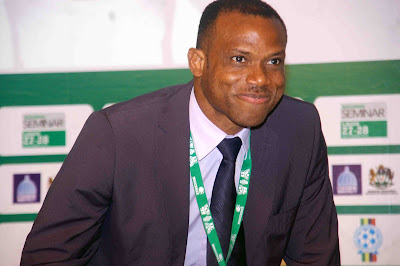 The NFF have confirmed Oliseh, 40, will replace Keshi and he will be handed a five-year contract.

His backroom staff will include a Dutch assistant coach, Salisu Yusuf as well as Ike Shorunmu, who will remain as goalkeeper trainer. His most immediate task will be a 2017 AFCON qualifier in Tanzania.

He is to arrive in Abuja on Tuesday to meet with NFF technical committee headed by Felix Anyansi Agwu.