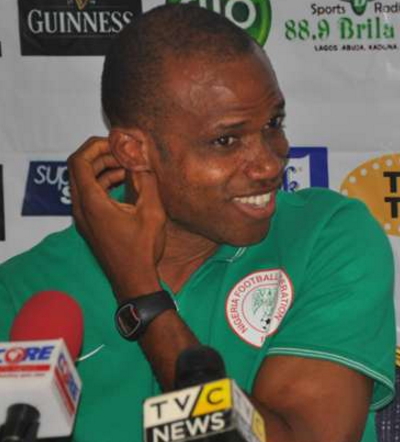 January 29, 2016 – Sunday Oliseh Says Hired Killers After His Life, Returns To His Base In Belgium

The Super Eagles team returned to Nigeria last night but without their coach, Sunday Oliseh who returned to his base in Belgium..

According  to a source who he confided in, he decided to not return to Nigeria because hired assassins are after his life.

“Oliseh no longer feels safe being in Nigeria. Recall that all through the team’s camping for CHAN 2016 in Abuja, he refused to show up but was the first to hit South Africa for the second phase of camping in Pretoria. After his team lost out of CHAN, he left for Belgium on the excuse that he had to go and continue treatment for his flu. That action speaks volumes about his fears of assassination.”

Another source said Oliseh is only afraid of losing his position after the last defeat.

“Did Oliseh not grow up here in Nigeria, so why would he be afraid of anyone in Nigeria? “ –  the source added

Continue Reading
You may also like...
Related Topics:hired killers, oliseh