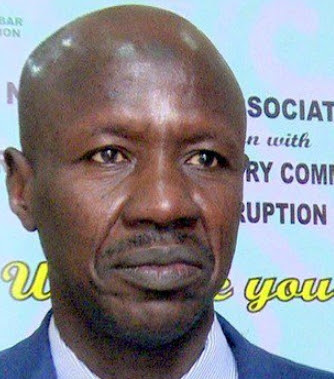 Exactly 48 hours after acting EFCC boss, Magu announced that his anti-corruption drive will be a do or die affair, some suspected hired killers have invaded his house in Abuja.

Last night around 10pm, some suspected assassins invaded his house in Karshi area of Abuja and killed a police guard after they could not find their target.

Due to his refusal to bow to pressure from some top politicians, Magu has become a target of assassination in the past 10 months.

Following a series of threats to his life, policemen were deployed to his farm house in Karshi before last night’s attack.

Here is what Magu said on Monday to mark the anti Corruption Day:

His speech must have triggered last night’s assassination attempt on his life.