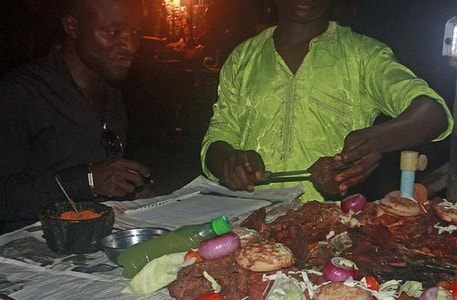 A Suya seller identified as Muhammad Hassan, has been arraigned before an Ondo Magistrate Court for stabbing one of his supposed customers, Emeka Nwoku, with a ‘suya’ knife.

30 year old Hassan was arraigned on a one-count charge of causing bodily harms on July 29, 2018.

Hassan however pleaded not guilty to the charge.

Presiding Magaistrate, Mrs. I.A Osayande granted Hassan bail to the sum of N190,000 and a surety in like sum.

The case was adjourned to August 16 for hearing.