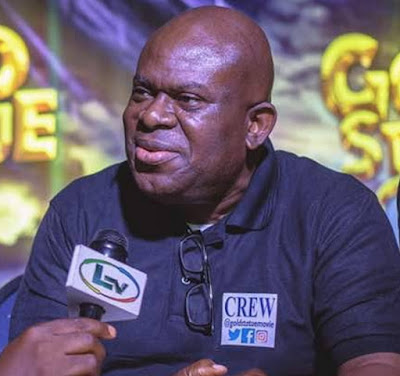 July 22, 2017 – Tade Ogidan: Why I Don’t Produce Too Much Movies Like Most Nollywood Filmmakers

In a recent interview with Ovwe Medeme, Ogidan reveals his plan for the future and reason behind his decade-long hiatus.

Why did you return to film-making?

One of the strong reasons that influenced my decision to return is that we’ve got more screens that we are going to be able to take our projects to. We’ve got the right kind of publicity and we can achieve something good with all of that.

Why a prison movie?

I don’t do the norm. The kind of stories I own, I need to start to execute them. And that’s one of the challenges I had faced. I sincerely don’t have simple films. I don’t know how to reason like that. I think in such a way that I put myself in the shoes of the viewers. What would engage that viewer? Those are the kinds of topics I do and that they would remember. That’s it for me.

So, a lot of the kind of stories I create come in such mould. They are not the kinds of things you wake up and say let’s start to shoot tomorrow. You will plan, you will think. This movie has been there. The Bank of Industry was going to come on board. Everybody who has ever listened to this project admits that it is different. And they start asking how we would achieve that. See, it goes beyond the prison.

Are you saying BoI backed out because it was a difficult project?

No, they didn’t back out. What happened was that I then didn’t have to move in that direction anymore. In fact, I already had some kind of approval from them.

Those years that you were away, what kept you busy?

One is multitalented. I make documentaries, I make TV commercials. I did different video projects that are really first class. It may not be designed to come on TV. It is not about how soon you get these things out. It is about how well. Believe me, this is the kind of film you will want to watch again and again. It is fun, it is full of suspense, it is full of music. It is just crazy.

What inspired your choice of cast?

It’s a large cast. I hadn’t done anything movie-related for quite a while. You see, you’re getting older and I’ve got so many people saying I haven’t given them anything to do, or that they haven’t appeared in my projects.

As I said, it is just about having fun with them. If it is about paying them what their real worth would be, we probably would never shoot the film; maybe not now. But everybody is pretty excited to be a part of it. It’s like bringing my friends together, together with a new generation of actors and comedians and even the crew, and then driving them and milking them to deliver in a different mould. I mean, we shot with Gabriel Afolayan and Kunle Rhemmy and in fact, we’ve been cracking up. It’s a fun cast and we are waiting to just go out and blow the minds of everybody.

Are you back to stay or you’ll disappear again after this?

Anybody else can just take some of those things and make total nonsense out of it. The story would still be told but the execution would not come out nice. So, we believe that this would do well and it would lead to another and another and another.

How frequent would that be, especially given the fast-paced nature of the Nigerian movie industry?

We’ll see, but we actually even believe very strongly that this movie is going to have a sequel.

Do you intend to serialise it?

You want to kill us with wahala? (Laughs)

What was your budget?

Our budget is secret but honestly speaking, it is huge and we are running a lot of cost because we have world class equipments and all the other logistics. A lot of people don’t go through these.

People have said let’s go to a prison and shoot, but we do not have any prison that was constructed with cameras in mind, so we are not going to be able to shoot the way we want. I want to be able to track aerial shots across different cells. That’s what we get when we are shooting with an appropriate studio. I know a lot of things shall happen. The marketing team is awesome and everybody wants it to succeed.

They hear the story and they are amazed. In fact, we had finished casting and people were still suggesting names. We got to the point where some of our star friends actually just exist as pictures on walls. We’ve got a few of the big stars who don’t even say a line. But that’s the fun of it.