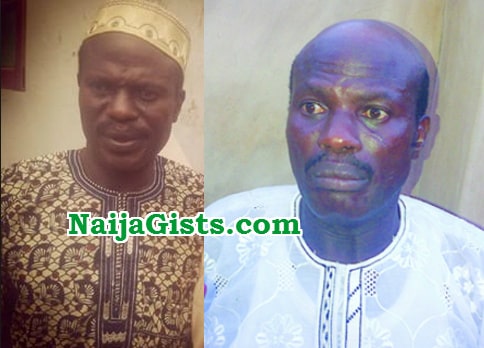 Veteran Nollywood actor Tajudeen Oyewole aka Abija who used to be famous for his herbalist roles in movies in the early 90s is now a meat seller.

The actor revealed this and other current events in his life to Saturday Beats.

“People often ask if I am an herbalist in real life because of my routine roles in movies, even though I have a background in Ifa divination, I am not an herbalist. People in my neighbourhood would call me Abija; they used to be scared of me in real life but I always told them I was not a diabolical and that it was just acting. My roles as Abija were my best performances; interestingly, I can handle any role in the movie industry.

“When I don’t dress in my attire as Abija, some people don’t recognise me. It still pains me that I didn’t further my education; at this age even though I want to go back to school, it is too late because I have to cater for my wife and children. It was quite difficult for my parents to accept my choice of career; they felt it was only stubborn people that used to act in movies. They were only convinced when I started becoming famous.

“I am happy about the positive developments in the movie industry; things have really improved compared to when I started. The youngsters in the entertainment industry have really helped in making the industry bright,” he said.

What I Do Aside Acting.

Presently, aside from acting, I travel to the North to get meat to sell to people that have made requests for it.

“My wish this year is that I complete my building project. I have lost some things in the past, and I pray that God will recover them for me. For example, there was a time I was involved in an accident some years back, some people thought I was dead because of how damaged the car was”.

Continue Reading
You may also like...
Related Topics:abija, meat, seller